Last week the Royal Institure of the Architects of Ireland (RIAI) announced the winners of their 2017 Architecture Awards. Celebrating the quality of work done in 2016 by architects in Ireland, they look at all sorts of properties, both commercial and residential. The awards for RIAI House of the Year are the ones we keep an eye out for, and with five awards - a RIAI House of the Year for each of the four provinces and one for Dublin - there's plenty to look at.

Pictures are out of the winning houses for 2017 so we thought we'd give you a look inside each of them, to satisfy your nosiness and to provide inspiration from some of the best in the country, if you're pondering over your own build, remodel or renovation. 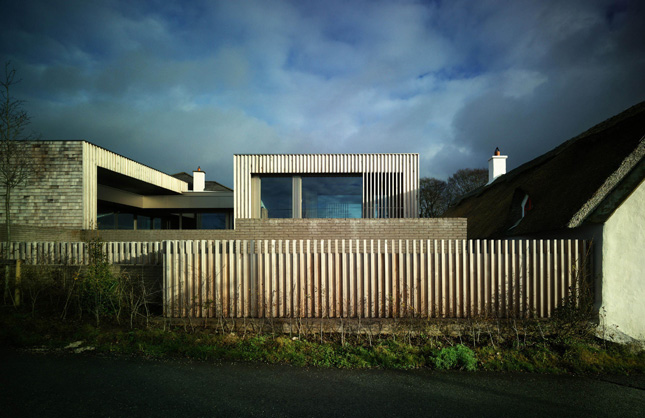 A combination of old and new, this home is an existing cottage located in an abandoned quarry on the outskirts of Kilkenny. Boyd Cody Architects maintained the integrity of the original structure, including the undisturbed view from the road, an added a new house to the rear. 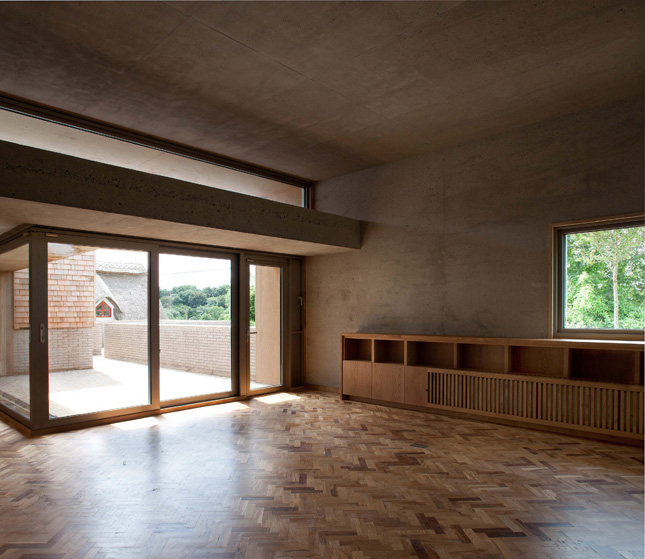 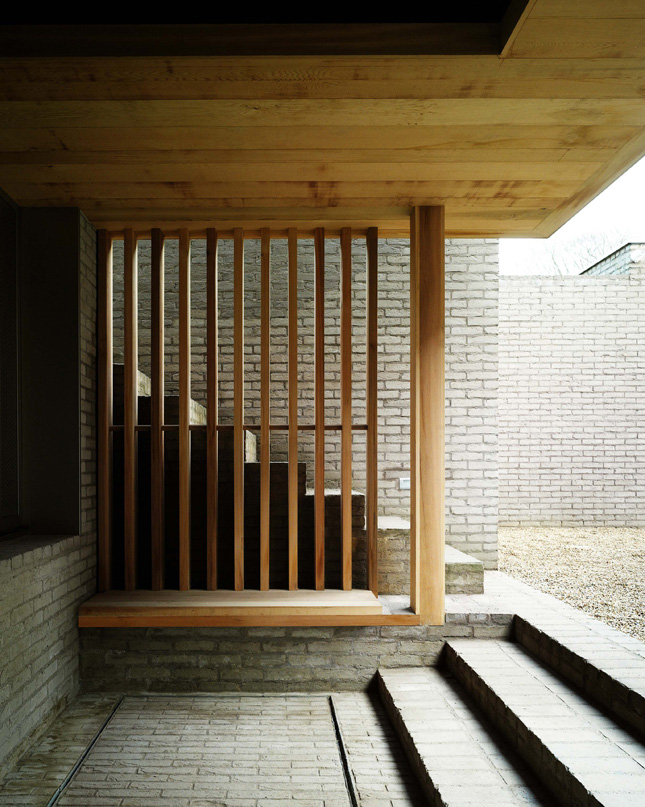 The height of the new part was restricted to the roof ridge of the original cottage, which meant the need for some excavation to accommodate a lower floor which holds the bedrooms and service areas. 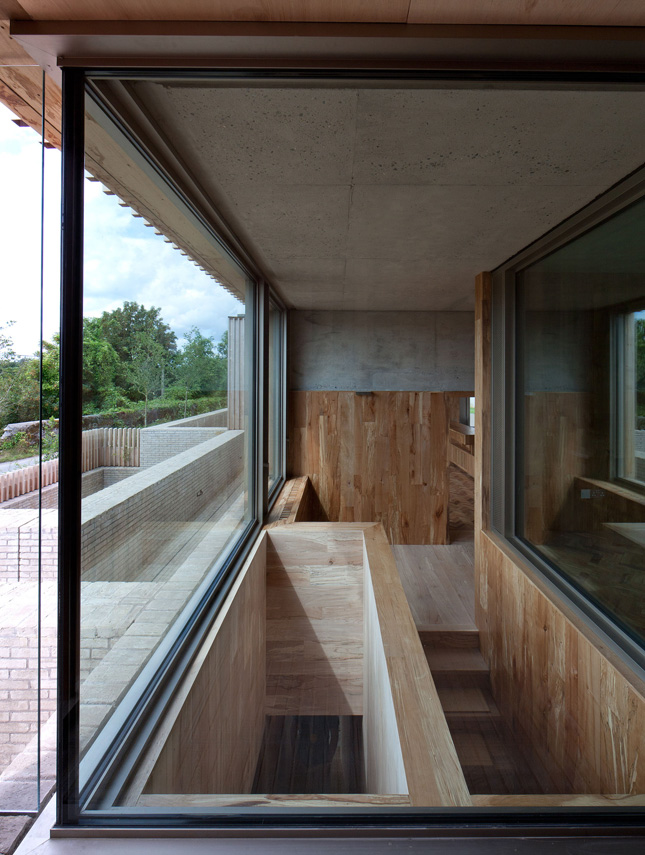 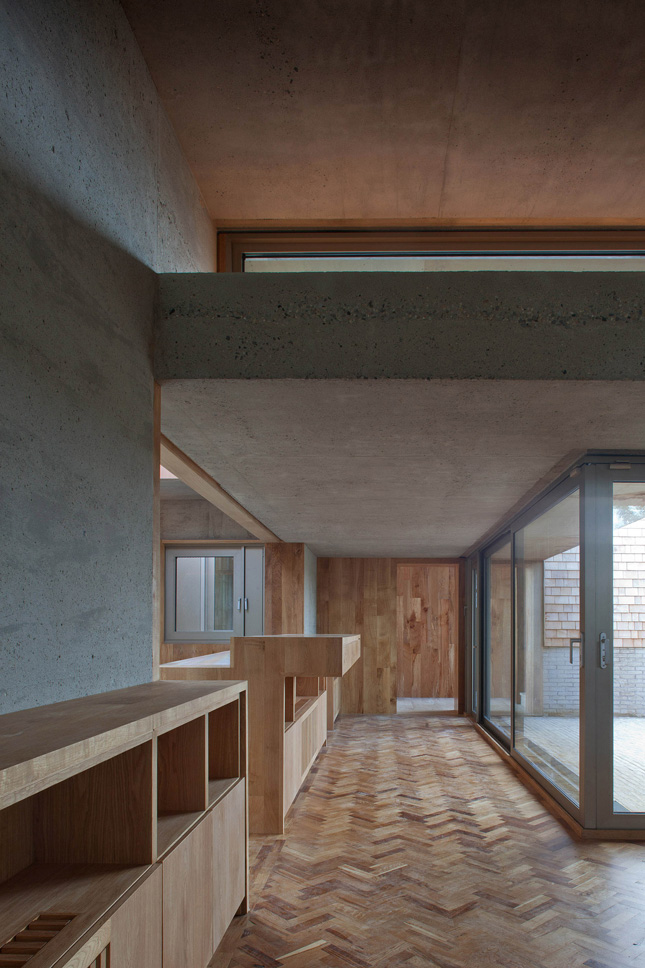 Light is let in through a series of courtyards, which let the space breathe and gives additional recreational space. The raised upper level accommodates the living areas, which lead out into the garden and perimeter terraces. 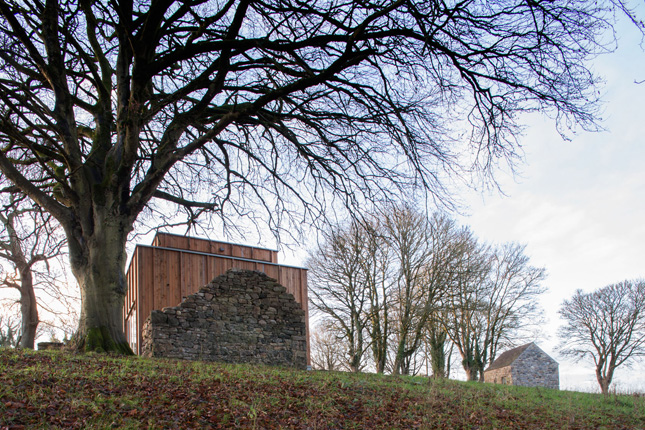 This one is a renovation of an old farm settlement, where the ruins consisted of a free-standing gable, a low-retaining wall and a derelict barn. Once the gable was secured, the wall extended and the barn repaired (using stone from the original structures found in a nearby lake), the house began to rise within the footprint of the old dwelling. 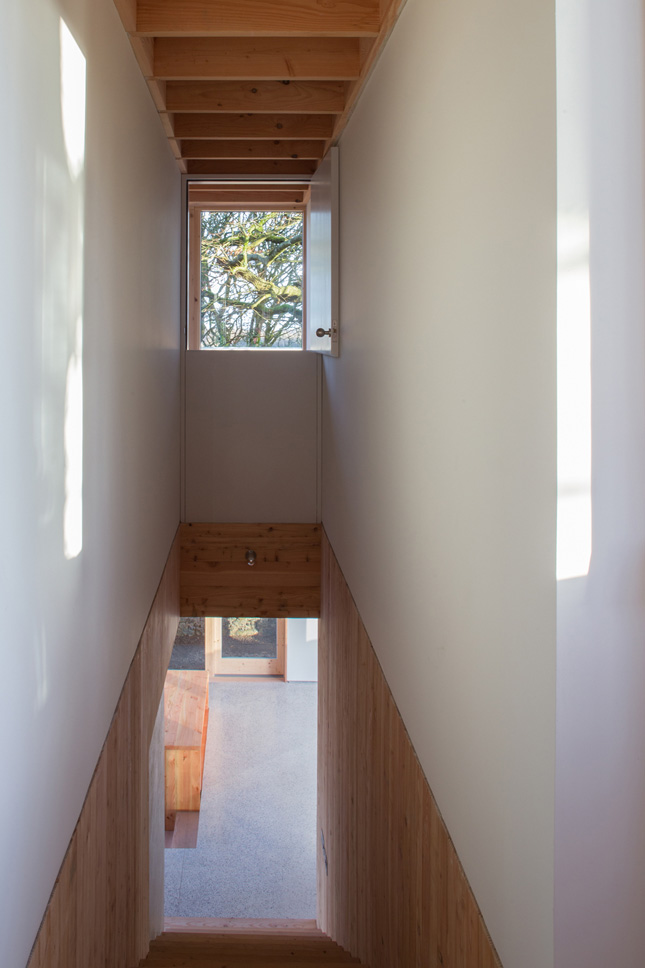 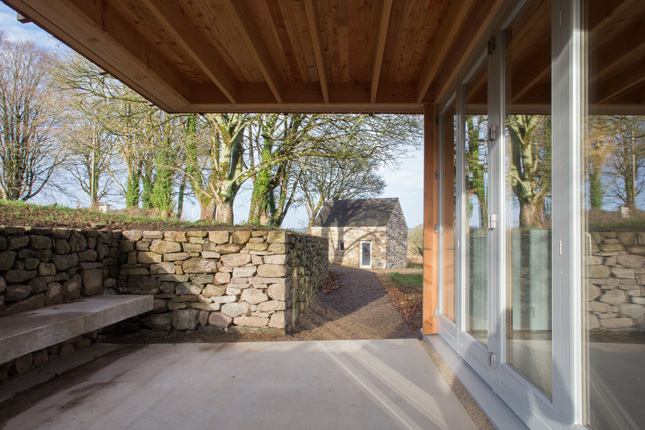 Bookended by a large beech tree and an oak tree, the timber frame is built off with concrete ground work, and a large, central chimney. 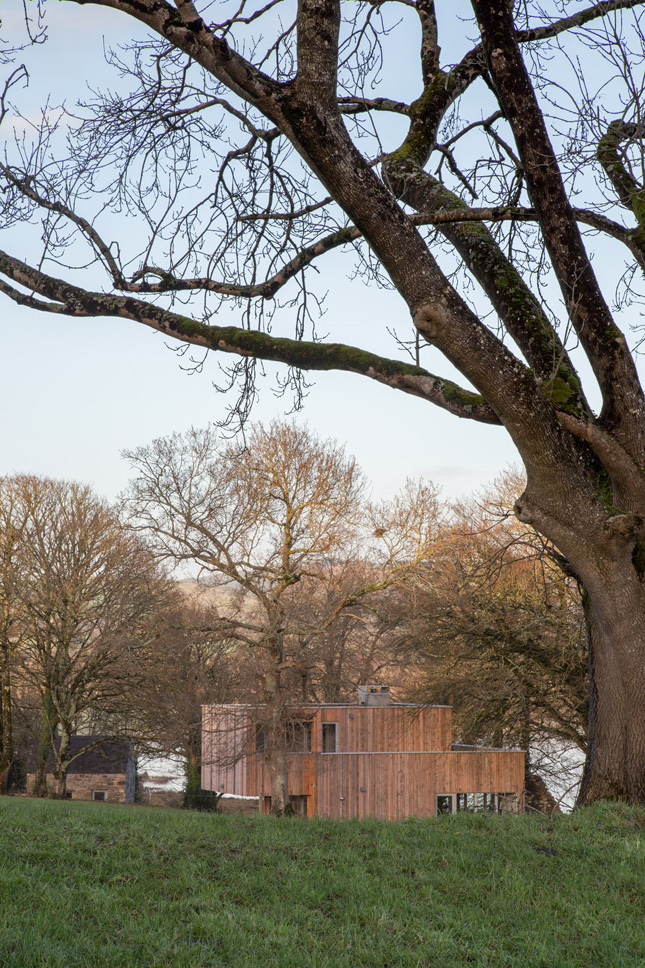 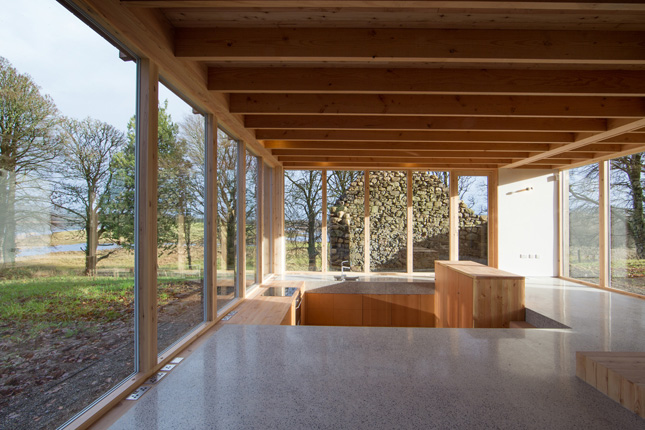 The kitchen is sunk into the ground so the floor becomes the counter. 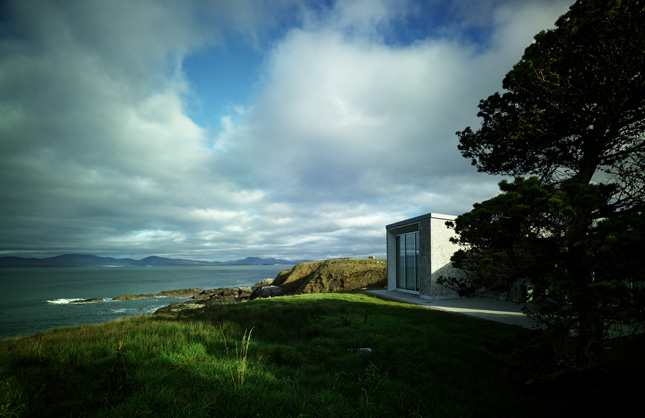 A newly built house in Co Mayo, Killsallagh looks out over Croagh Patrick to the east and Clew Bay and the Atlantic Ocean to the west. Made from two joined forms, each one is open ended and orientated towards the two different views. 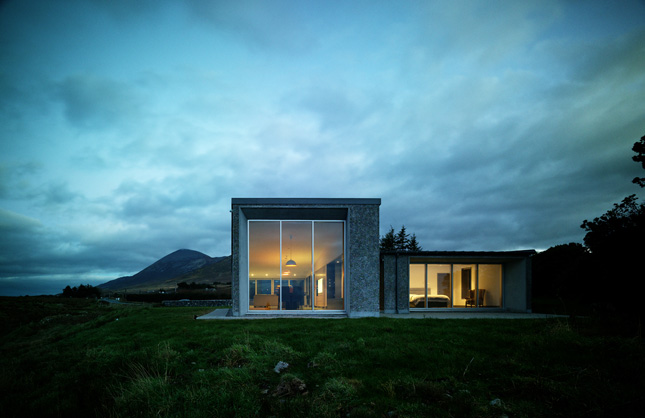 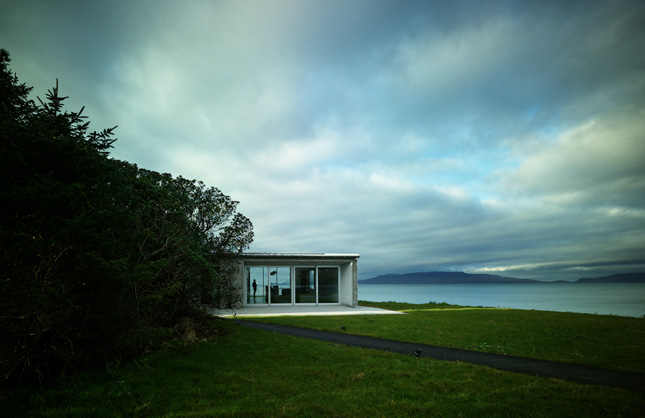 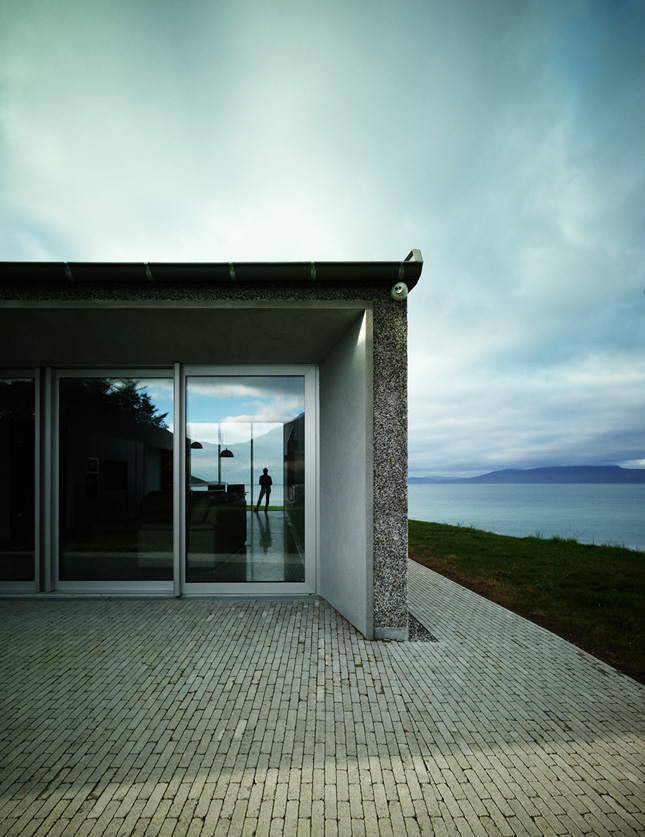 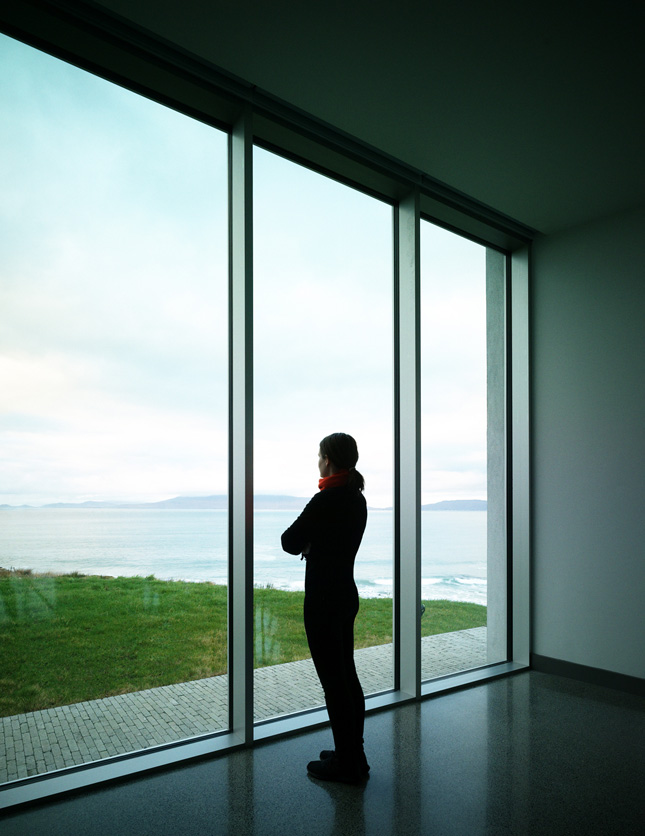 Bedrooms are located in one end and living spaces in the others. The two forms are held apart which makes the entrance, and the fact they're staggered means there's a shelter for each outside space, with the idea being one is perfect for morning and the other as an evening terrace. 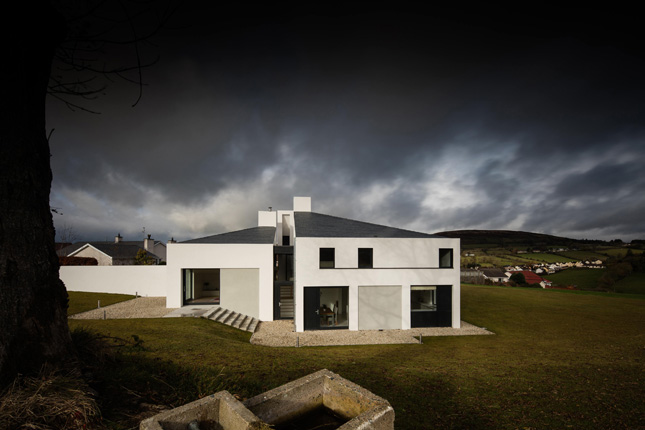 Formed with three distinct blocks and gable walls, Tireighter is designed to provide shelter in an exposed rural site, whilst giving a nod to the primary standing stones of the nearby neolithic wedge tomb. 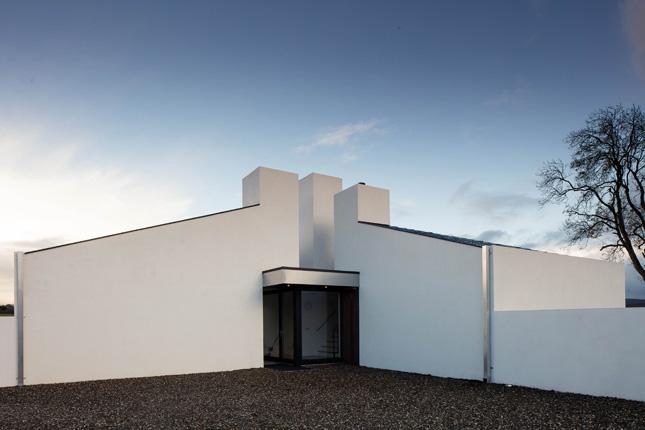 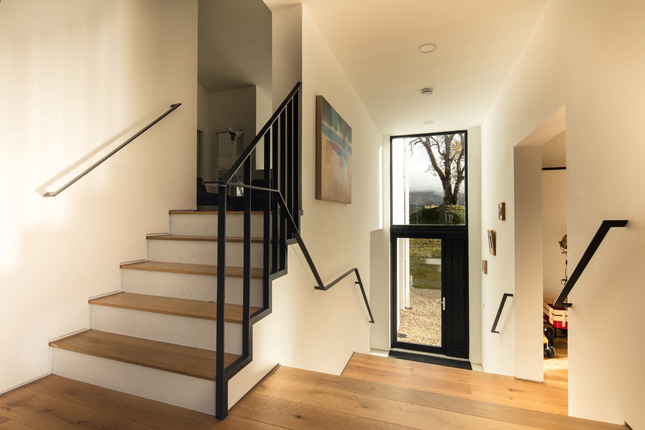 The three central entrance stones are internal and external lightwells and a chimney for the living room stove. 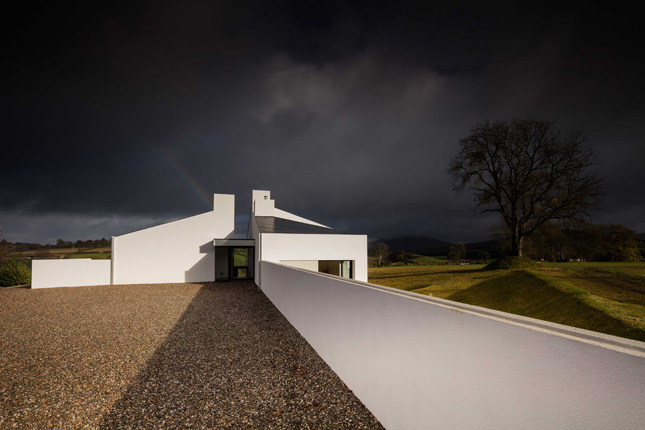 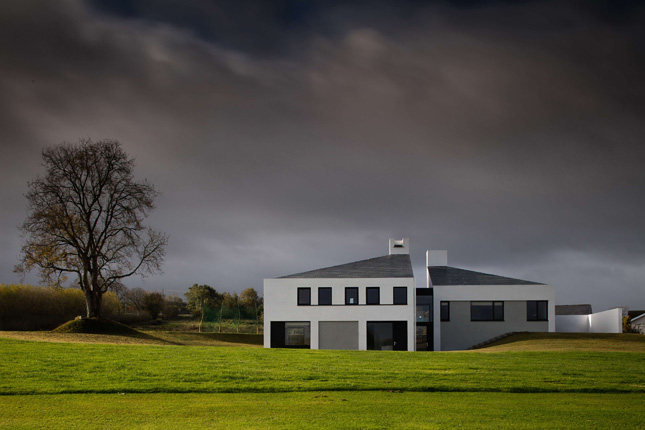 Echoing the wedge tomb again, the building orientation provides are blank North façade behind which the house opens up to the South and West and panoramic views of the Sperrin mountains. 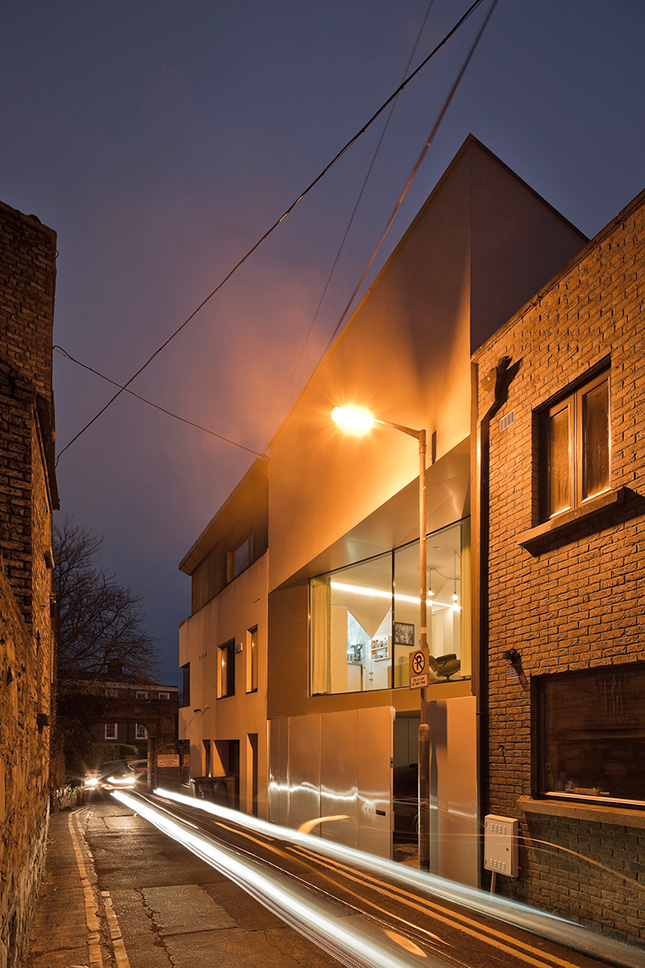 A new family home, Prices Lane is located on a tight site off a narrow laneway in Dublin city centre. The design works with the restricted context by creating a central courtyard to maximise the natural light and quality of space within the home. 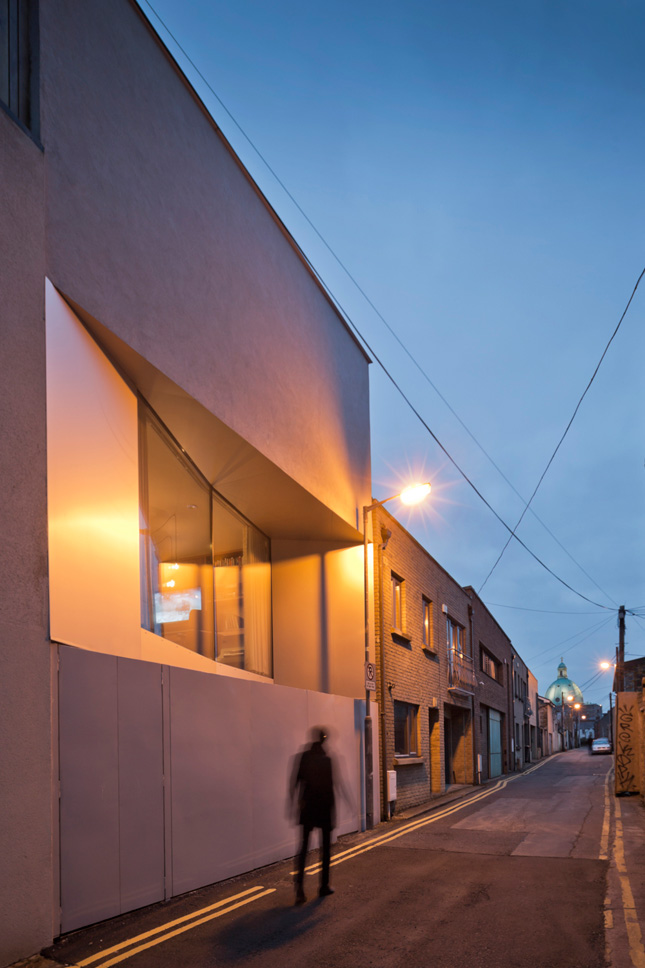 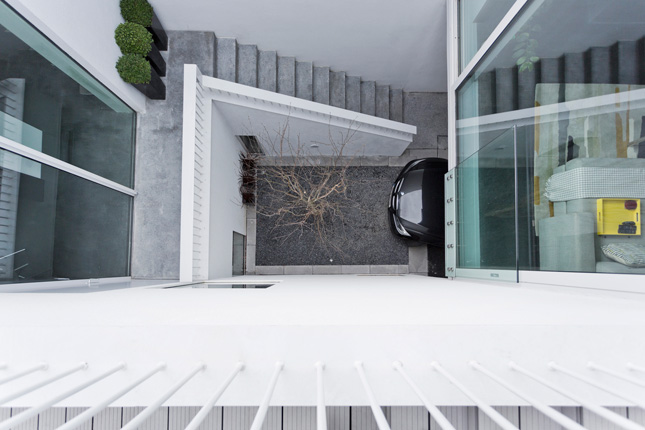 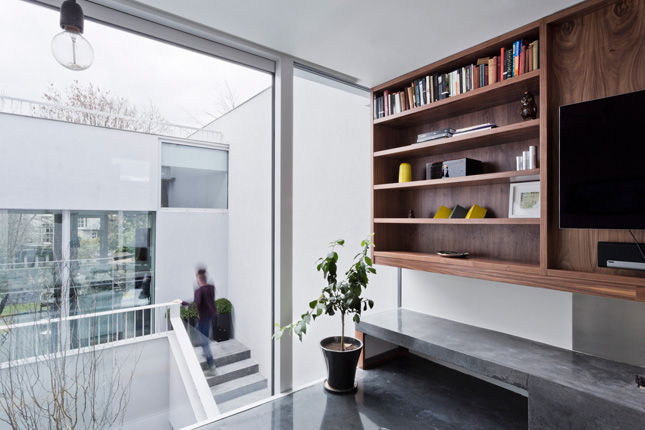 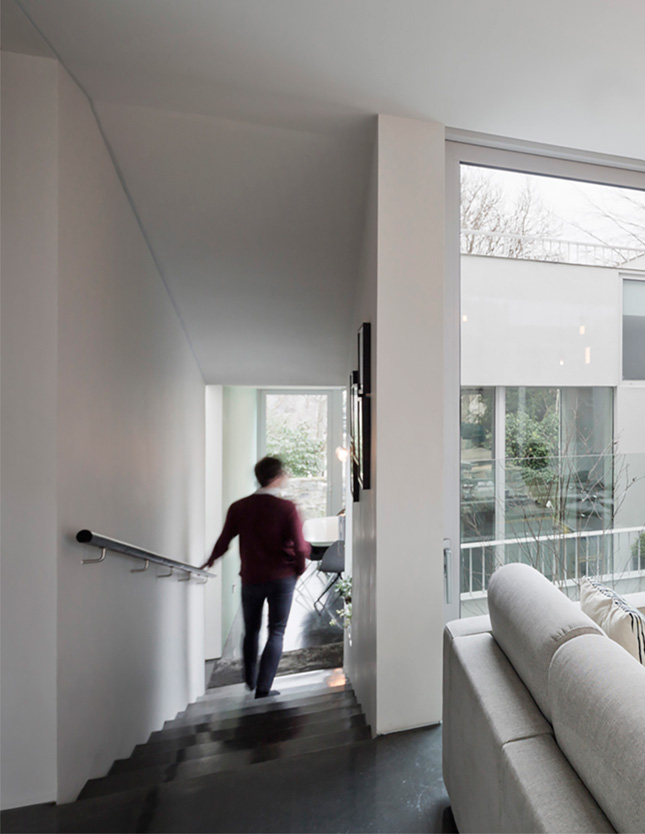 By splitting the plan into two main spaces, the open central courtyard becomes an outdoor room, bringing the experience of landscape and foliage into the core of the dwelling, stimulating a strong sense of space.

You might also like: A beautiful cabin in the woods of Westmeath: step inside 2016's Home of the Year