We tried the Green Beards Juice Cleanse and this is how we got on!

A couple of weeks ago, three of us on the House and Home team were lucky enough to be sent a two-day juice cleanse by Green Beards. We decided to document how we felt throughout the cleanse, and more importantly after it. Here's how we got on... 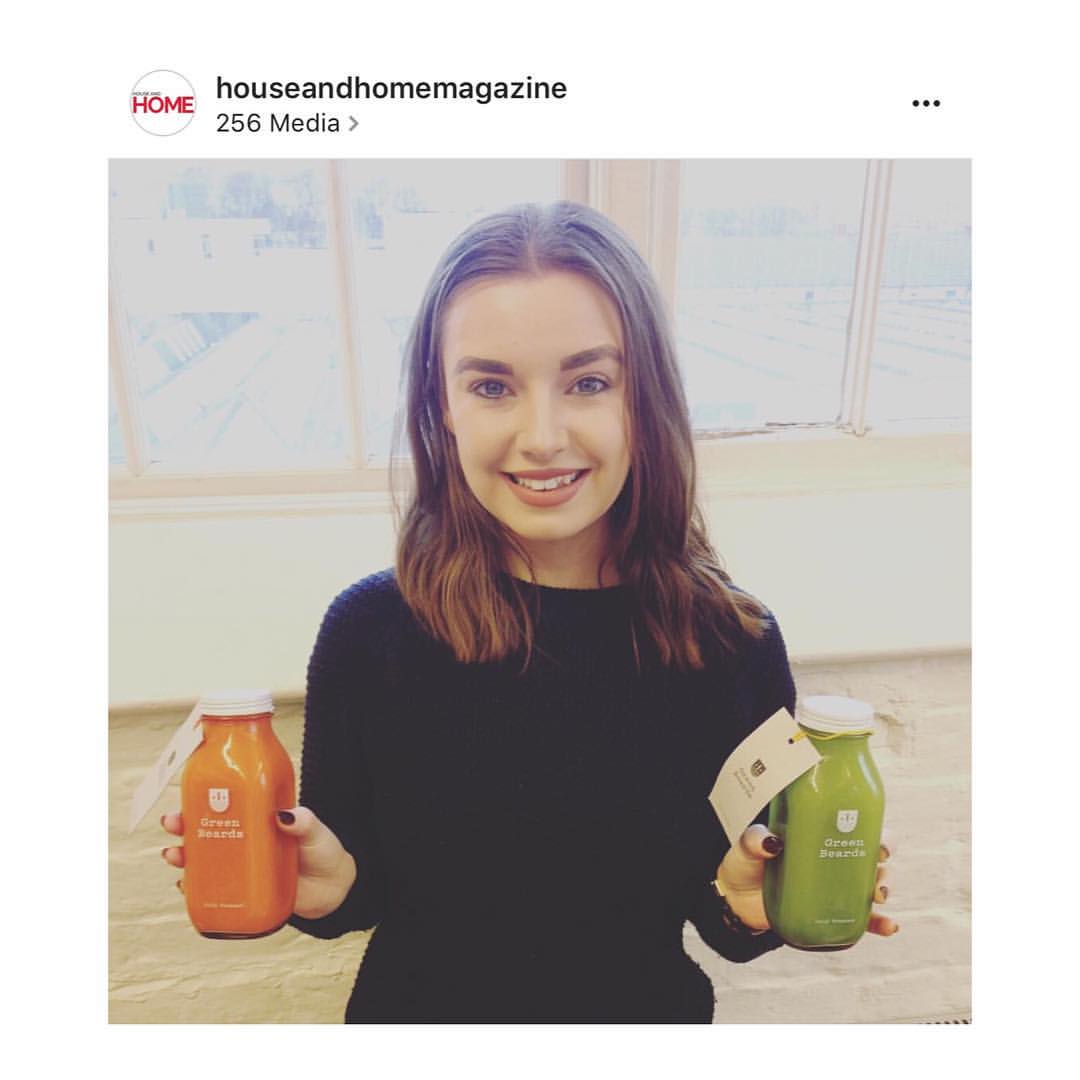 As a non-fruit eater (yes, not even apples), I thought doing a two-day juice cleanse would be a real challenge. But, I was feeling bloated, lethargic and all around unhealthy after an indulgent Christmas and, admittedly, whole month of January (I turned 30, so there was LOTS of cake). The opportunity to try out this cleanse with Green Beards, couldn’t have come at a better time.

It also helps that I’m a real sucker for trying out anything that promises to make me feel better – hello bulletproof coffee, Paleo eating and finding out how turmeric will change my life. So, I woke up on day 1 excited to take on the feat and had no hesitation while downing a Wanderlust, at my desk, for breakfast. I carried on with my day, drinking as much water as I could and almost looking forward to the next juice. My favourite was Beets by Ray, a sweet mix of carrots, beetroot, ginger, lemon, pineapple, orange and apple. Waking up on day two, I already felt a sense of achievement and knew I couldn’t give up. The real hurdle, for me, was a cinema trip at the end of day 2. While popcorn is my vice, I actually survived* and woke up, on day 3, with more energy and an overall feeling of smugness than ever. I hated the thought of erasing the work, so I snacked on hummus and carrot sticks, easing myself in to food and making sure I didn’t overeat. I felt fuller, quicker, and kept up my increased water intake. All in all, a positive outcome.

While five juices can seem like very little, throughout the course of a day, if I properly spaced them out, and did them in order, they brought right up to the evening. Granted, you’ll want to plan a few evenings with Netflix, to avoid temptation, and there’s no bones about it, you’ll notice your trips to the loo doubling. Overall, I would certainly do this Green Beards juice cleanse again, whether I wanted to kick start a healthy eating plan or just feel a little healthier and lighter on my feet. I can honestly say, hand on my heart, that this cleanse really suited me. I liked the sweetness and round taste of the juices – and they’re pressed, so they contain no pulp – a big plus for a non-fruit eater like me. I’d say my body didn’t know what hit it.

*Okay, I had four Brazil nuts, quit hassling me… 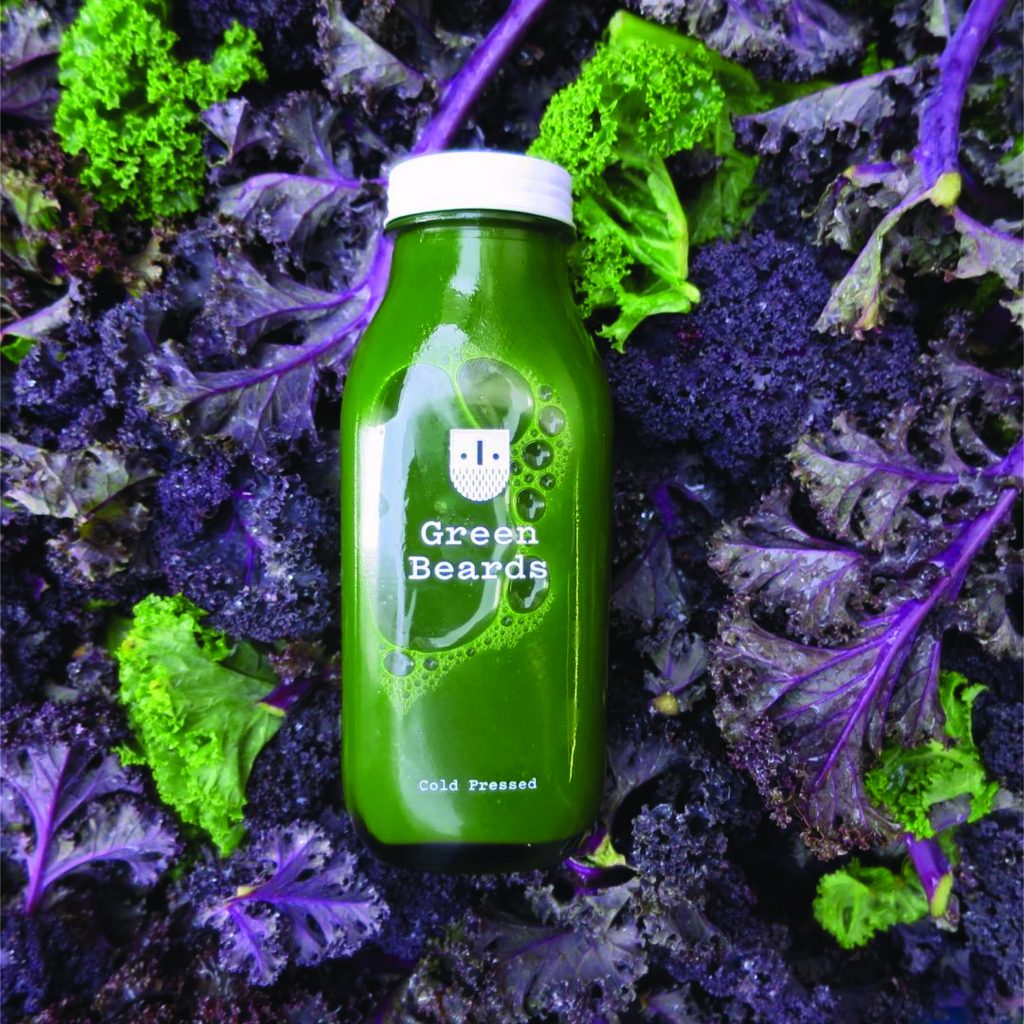 I decided to try out the Green Beards juice cleanse, not to lose weight or to detox, but to set myself a challenge. I’m a disaster when it comes to self discipline so I thought this would be a nice challenge to set myself for two days, and if I shed a few pounds in the mean time, I wouldn’t complain.

Out of the three of us, I probably found the juice cleanse the hardest. I didn’t really enjoy the taste of Wanderlust, the first juice, so I think the juice cleanse and I started off on the wrong foot! Feeling quite pessimistic (and hungry) I was dreading having my second juice, Northern Lights, at 12pm. However, I was pleasantly surprised as I really enjoyed this one. I didn’t feel at all hungry after it and I was kept going until about 2pm.

It was then time for my third juice, Beets By Ray and I didn’t manage to even finish this juice. I didn’t feel hungry, but I did feel very full of juice. I was finding it really difficult to concentrate on anything and all I could think of was food. I mean, there has been plenty of days I’ve gone without eating or drinking anything, but I think the fact I knew I couldn’t eat anything was making it really difficult. My mouth was even watering at the thought of food that I would never normally eat! I knew at that point, I wouldn’t be having any more juice. By the time I got home I was feeling very tired, and a little unwell. I wouldn't put that down to the juice specifically, but more from a mixture of not preparing my body properly to do a juice cleanse, the lack of caffeine (for a self-confessed coffee addict) and of course, the fact I hadn’t actually eaten anything solid all day.

I had a nap at 6 and woke up at 8, feeling very hungry and very grumpy. Instead of doing what I normally do when I’m starving and head straight for the chipper, I had some almonds and went back to bed. So that in itself was a little victory in self-discipline! I woke up this next morning feeling deflated at my efforts, however I did feel lighter and energised. Sadly this juice cleanse wasn’t for me, but I’m happy that I tried it, and listened to my body, which I think is important. 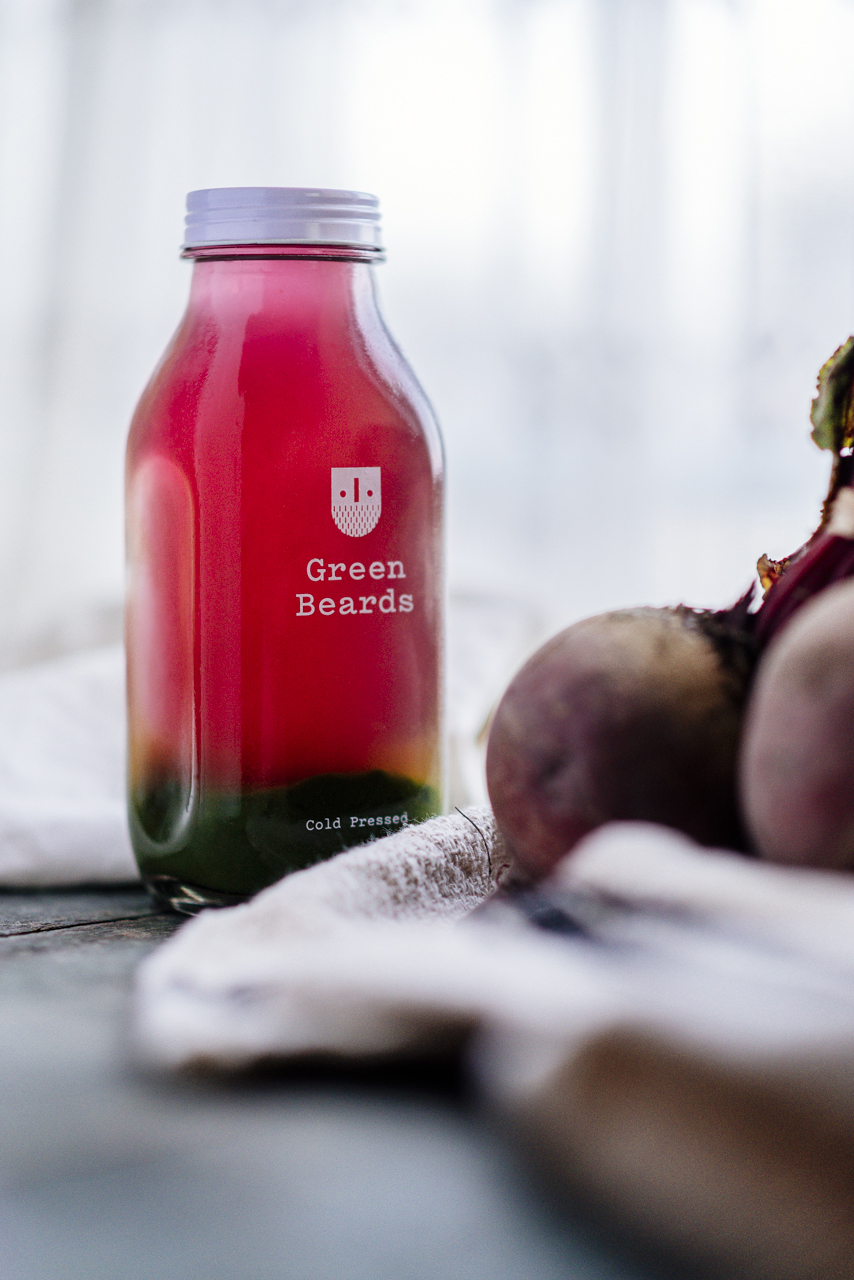 I am a regular juicer and drink these kinds of juices on a weekly basis so there was nothing new or unusual for me. I've had the Green Beards juices before and I love the taste of them, so I was quite excited to try the two-day juice cleanse. However it definitely wasn't as easy as I imagined it was going to be. The first day was tough – I missed my morning coffee and by lunch time I felt hungry and quite lethargic. While I loved the taste of the first juice, Wanderlust, it certainly doesn't have any caffeine in it! I had drank three of the juices by noon on the first day, which in hindsight, probably wasn't the best idea, as I only had two left to get me through the rest of the day. I was feeling quite hungry by 5pm so had my fourth juice. By the time I got home from work, I was exhausted, and I would've really liked dinner, but I just had my final juice and went to bed.

The next morning I felt tired, and I really wanted coffee, but I didn't feel as hungry as I did the day before. I was determined to get through the day without breaking! Around lunch time, I definitely began to feel more energised and the hunger began to subside. I made sure to keep busy throughout the day so I wouldn't be thinking about food and I had another early night.

By day three, I was definitely feeling lighter on my feet and decided to have another juice that morning in order to ease myself back into eating solid foods again. I also didn't want to un-do all of the work that I had put in. I treated myself to some Green Beards porridge and some decaf coffee with a drop of milk. I was definitely happy to be back eating solid food again, and really looking forward to some caffeine. 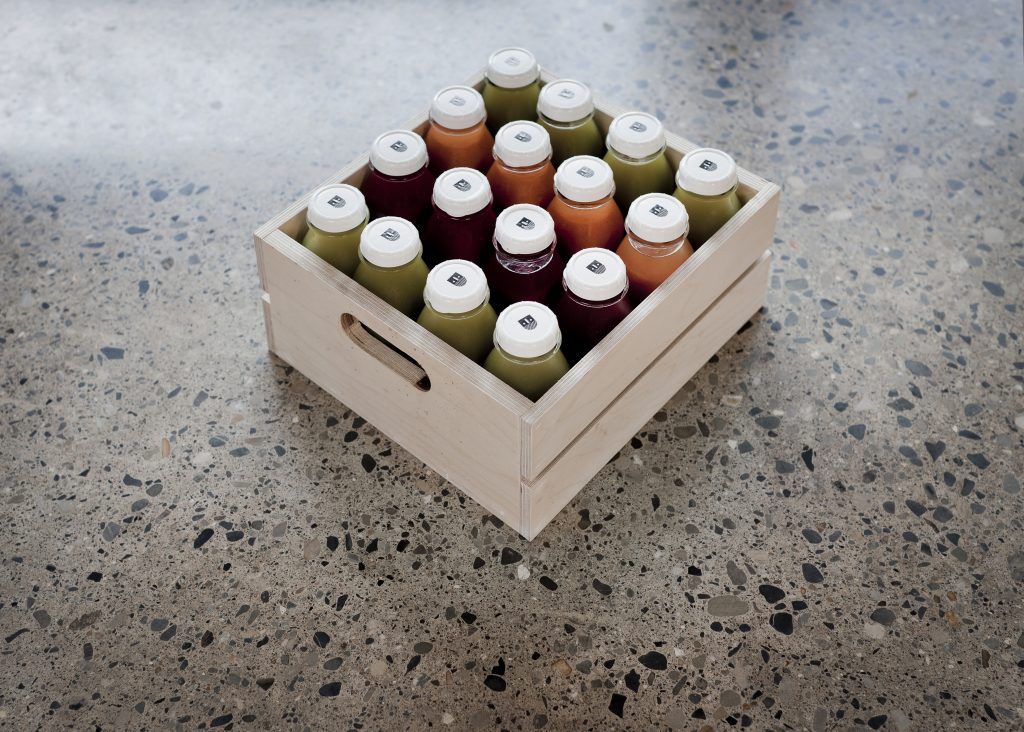 Related: Five healthy dinners you can make in 20 minutes or less