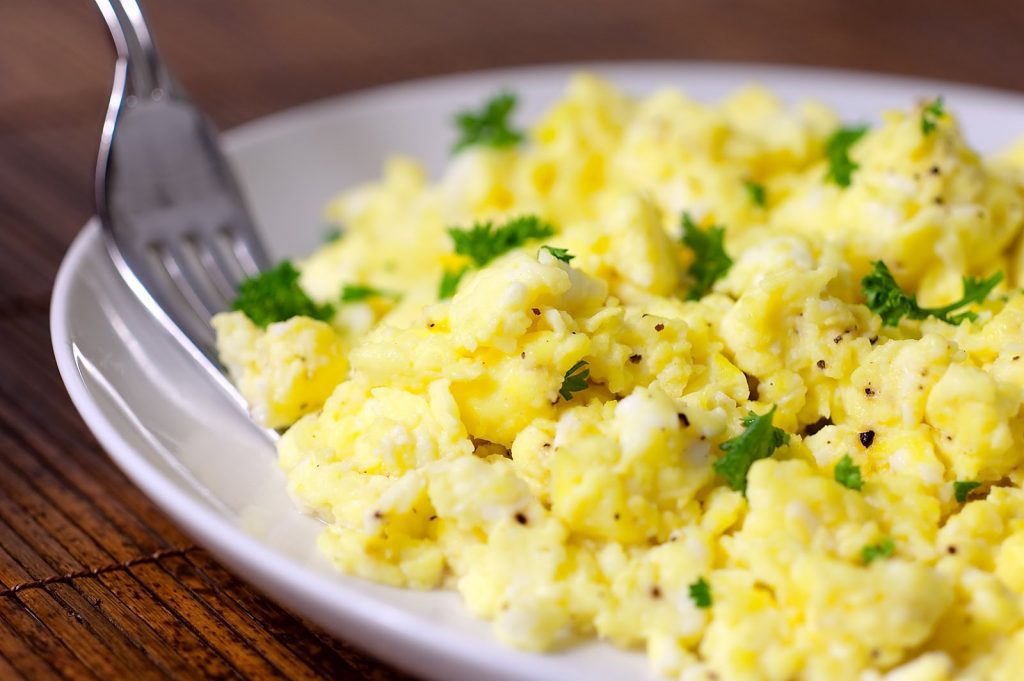 Scrambled eggs are often seen as a relatively easy dish, but there's some debate over what the right way to make them is. Milk or cream? Butter or no butter? What's the perfect scrambled eggs recipe?

Top chef Anthony Bourdain has weighed in in a recent video for Tech Insider, sharing his simple secrets for making the perfect scrambled eggs. And it's actually much easier than what you're probably doing already!

He uses four simple ingredients: eggs, butter, salt and pepper. No milk or cream for this culinary king! Fresh eggs are more important, he says.

Heat the pan until it's hot but "not too terribly hot" - you'll have to strike that balance yourself, we're afraid! While it's heating, crack your eggs on a flat surface before putting them in a bowl or cup. Beat the eggs with a fork, but not too much - Anthony warns against over-beating them. You'll know you've got it right when you've achieved a "ripple of white and yellow throughout". At this point, you can add the salt and pepper and nothing else don't feel tempted to throw in your usual milk or cream, or even a splash of water - you don't need it! "It's about the egg! You're not making a quiche here," he says. That's you told.

Once your eggs are suitably mixed, put them in the preheated pan with a good helping of hot, foaming butter. There's no need to let them sit or rest after beating them before putting them in the pan - no messing around here. Let them "form up a little bit" in the pan before you start moving them around in a figure of eight pattern. The pattern is important as it's actually a folding technique that helps you get those coveted fluffy eggs with the perfect texture and without those annoying little broken bits.

And that's it! "Like a lot of really good, simple things, more often then not, people find a way to overcomplicate them and screw them up," Anthony says. But it doesn't have to be that way! All that's left to do then is enjoy them! And maybe feel smug that you have the recipe for the perfect scrambled eggs.