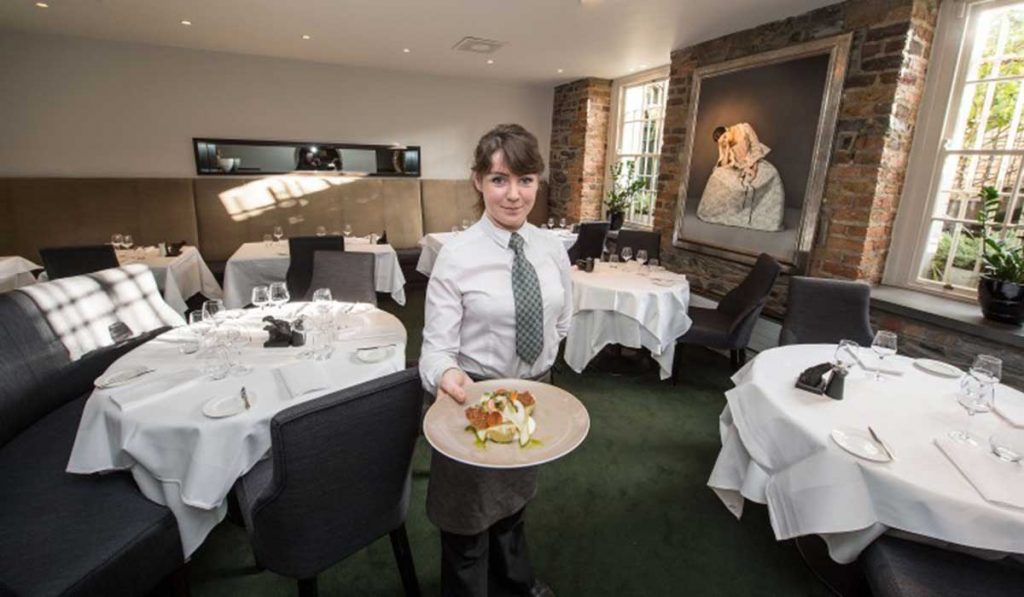 Dublin and Kerry have dominated the annual Tripadvisor list of favourite Irish restaurants, with four and three restaurants making the list respectively for each county.

Chapter One, the Dublin restaurant which kept its one Michelin star this month, took the number one spot, making it the best-rated restaurant in Ireland based on customer ratings.

The other Dublin restaurants - Pearl Brasserie in Merrion St, Mulberry Garden in Donnybrook, and Forest Avenue in Sussex Terrace - took fifth, sixth and tenth place each. Second place went to An Port Mór restaurant in Westport, a jump from its 9th place last year.

The top 10 list is divised based on millions of reviews collected from users over the past 12 months on the travel website.

TripAdvisor’s number one restaurant in the world was The Black Swan at Oldstead in north Yorkshire. It is run by brothers Tommy and James Banks who took it over at the ages of 17 and 19. Tommy Banks was the youngest British chef to win a Michelin star four years ago at the age of 24. The Black Swan was one of three restaurants in the UK to make the worldwide top ten.

The full top 10 favourite Irish restaurants and the worldwide top 10 lists are below: