Room to Improve is consistently one of the most-watched RTE shows – the Daniel and Majella episode pulled in a whopper 722,000 viewers, for example. And when we heard that Dermot Bannon's own house renovation was coming, we knew it’d be good – scratch that, great.

A juicy two-parter that sees Dermot reunite with the show’s original QS, Patricia Power, the show tells the story of the Irish Starchitect’s own Grand Design – his forever home in Drumcondra, Dublin 9.

A longtime resident of the area, Dermot sold the family home he and his family had lived in - and outgrown – and bought a new house a few streets over. The new house needed a total renovation and extension to bring it up to standard, and last night we saw the start of the fruits of Dermot's labours.

Among the many, many highlights, here are our favourite bits.

As Dermo packed up the home he’d lived in with wife Louise and their three children – one now 13 and born just weeks after the couple moved in – he got a bit emosh. Cameras panned across hurleys artfully arranged on the kitchen counter; out of focus, a child gambolled in the garden. Dermot looked fondly at his kids’ paintings Blutacked onto the kitchen cabinets – the stuff, he said, that made their house a home. Ah here - a tear might not have escaped his eye, but we were sobbing. SOBBING.

Can we just state for the record here that we love Patricia. If we’re ever building – anything, even Lego – we want her to do the bill of quantities. She is brilliant. Her sensible demolishment of Dermot’s pie-in-the-sky notions of getting an up-and-down wrap-around extension plus complete refurb on the existing house, complete garden design and literal acres of glass for 350k was LOLtastic. Also, she’s a master of diplomacy. “Do you like it?” he enquired, of the damp, decaying shell he had bought. Well! Give this woman an award for sidestepper of the year. And it’s only the 6th of January!

Feck them in the skip, was what the builder reckoned to the beautifully authentic Arts and Crafts doors, fireplaces and details Dermot was so enamoured with – and the reason he was drawn to this early 20th-century house in the first place. No soul, that builder fella. However, they were saved and we’re looking forward to seeing how they will be restored and re-used in part two of the programme. 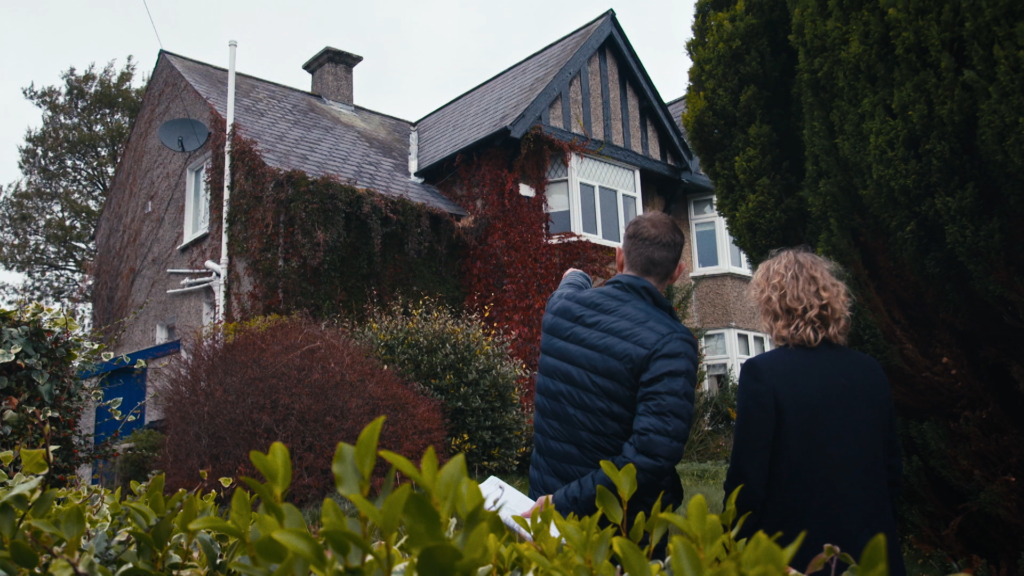 4 Dermot’s 'ah sure, be grand', attitude

We know it and love it from Room to Improve and while Dermot loves to fly by the seat of his pants when it comes to his builds, he was skating fairly close to the wind on this one. From the initial budget issues to the un-answered emails and the builder’s frustration over the hidden guttering, the 16-week delay and a myriad of other issues, it all made for some good telly. Just as the producers intended, eh?

HOW COULD HE NOT HAVE KNOWN, is all we have to say on that. 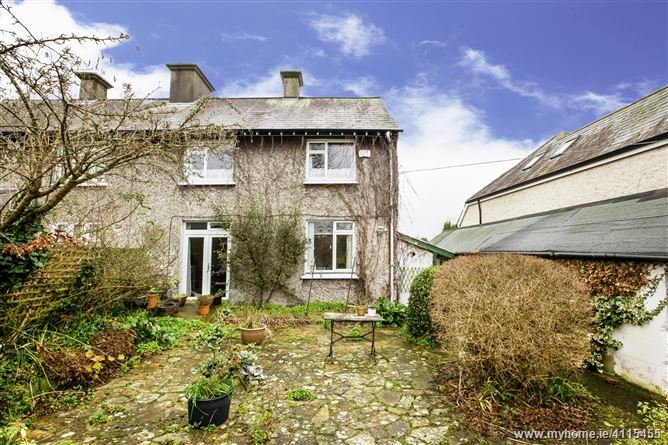 The rear of the house before work began

6 The dark night of the soul

A nation winced as Dermot flew to Oxford and stood before Niall McLaughlin, an architect who has won numerous prestigious awards and prizes, and had his plans surgically probed. The note about the walls of glass being intimidating at night hit home the hardest – it’s a big feature of many homes Dermot has designed, and he had a bit of a crisis of confidence as a result. That resulted in a visit to the home of Rocky Wall of Wink, who illuminated a solution for him (sorry).

It wasn’t quite what he’d expected when it turned up and that’s because he sent the wrong picture to the guy making it. So Dermot lost his fiver bet – but we’re pretty sure yer man probably made him the one he really, really wanted anyway. Win-win!