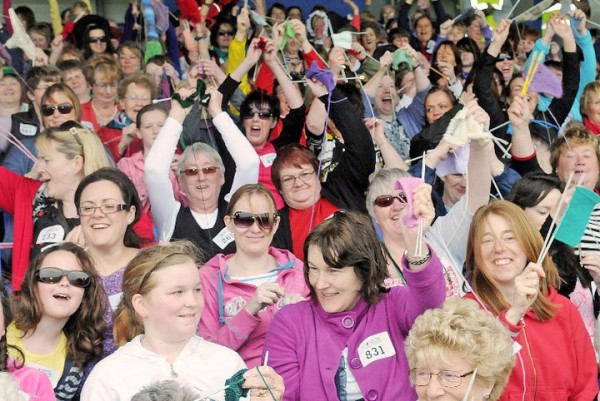 A massive CONGRATULATIONS to Michelle Fallon, one of our readers and now record-breaking crafter and knitter, whose world record attempt for the largest group of simultaneous knitters was successful this weekend!

The knitting group broke the previous record (set in the Uuited States) when 1,147 knitters turned out with their needles and wool at Hyde Park in Roscommon.

To everyone who took part: we're proud of ewe! Not Baaaa-d indeed. Nothing to be sheepish about! (ok we'll stop now)

The House and Home crew

The results are in! Our collaboration with Pinergy