Recycle your old magazines into a footstool 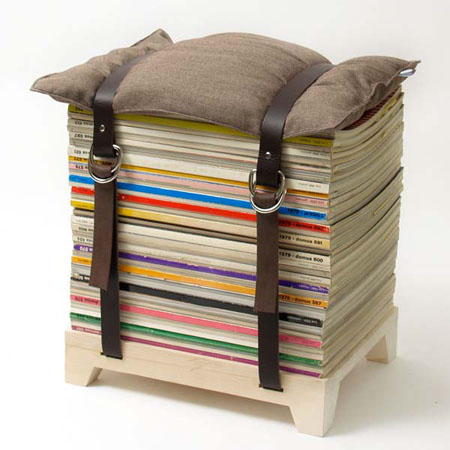 Fess up, you have tonnes of House and Home magazines lying around your home and you just don't have anywhere to put them anymore. We feel your pain. Well we did until we spotted this thrifty idea and now our homes are free from magazine overflows and we have lovely footstools. Win win. Here's how to do it yourself.