A lesson in space-smart design in this petite Parisian apartment 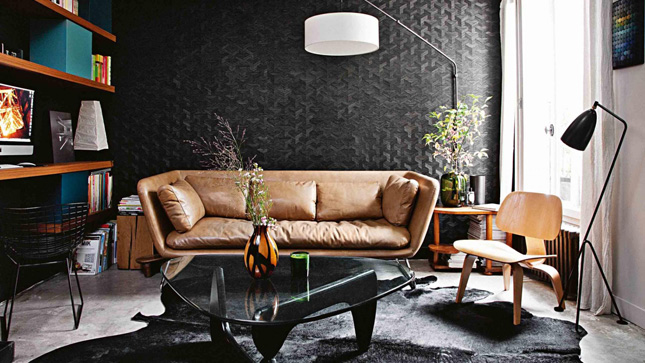 When a pair of architects own a Parisian apartment, you can expect they'll know a few things about how to use the space wisely. Isabelle Juy-Lott, who owns architecture and interior design firm L'Atelier d'Archi, and her husband Matthieu Lott, who owns architectural and construction business Plugin Studio, bought this small two-level top-floor Parisian apartment in an 18th-century building for themselves, their eight-year-old son Arsène and their cat Milk.

They spent five months adding a staircase and bedrooms, and another three fitting in the bathroom and balcony after they bought it in 2006. Located in Paris's 9th arrondissement, it's in a very boho-chic area. Bought as a 35 sq m apartment, some careful design and clever thinking has extended it to 65 sq m. 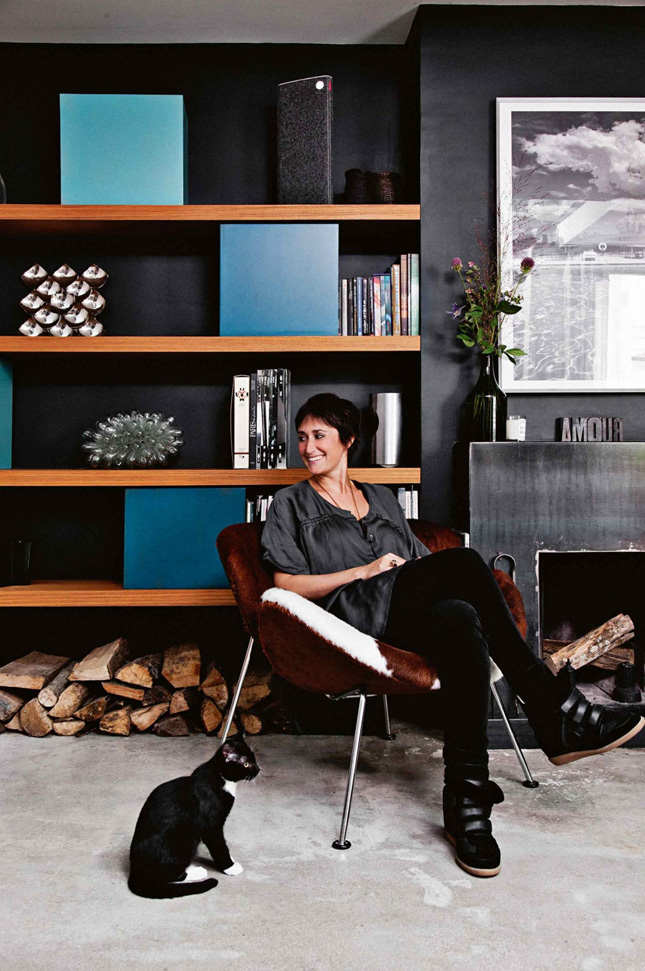 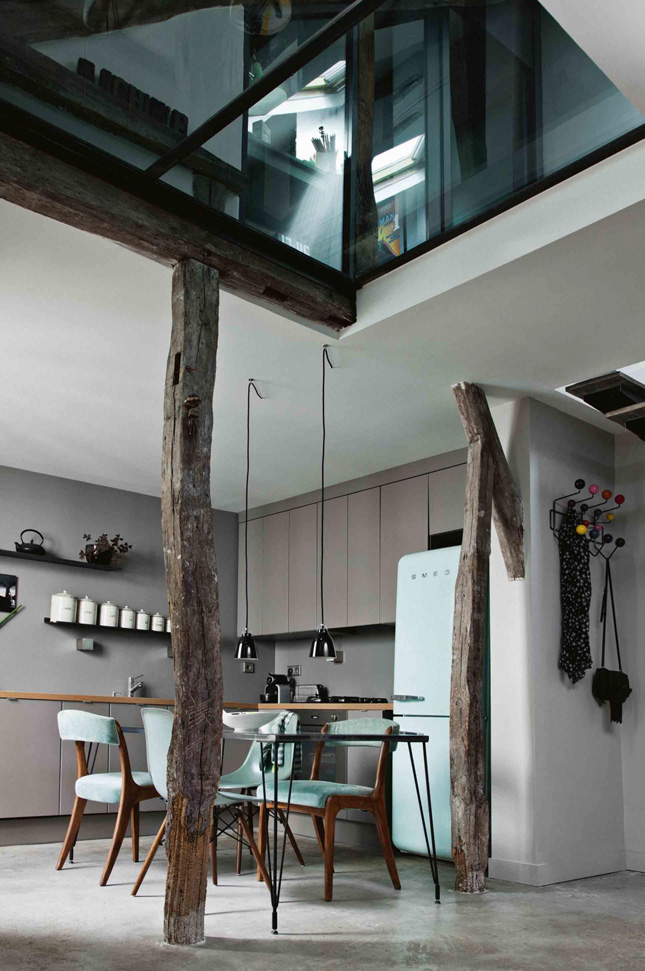 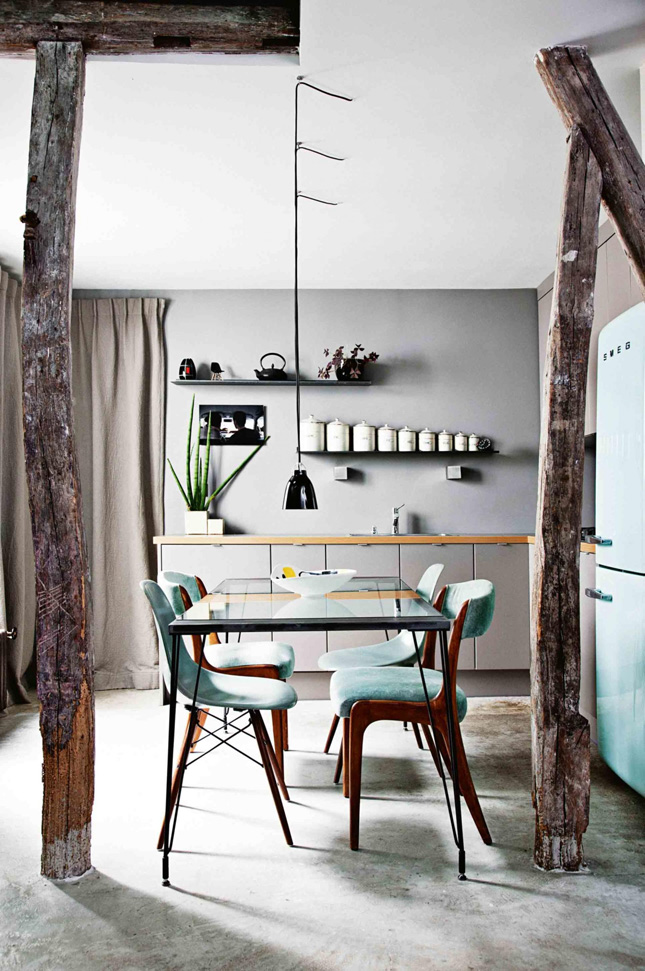 They entirely gutted the Parisian apartment after buying - including ceilings and wall - to make room for one more level in the roof space, where their bedrooms now are. It might be full of sloping wall space, but every nook and cranny has been put to good use. In Isabelle and Matthieu's room, a curtain disguises a wardrobe set against an angled wall, while in Arsène's room, his treehouse bed makes the most of the slanted ceiling.

They 'stole' space for their bathroom by buying the attic above the communal staircase. It's small and compact - a true lesson in maximising space - and features a small shower nice with low sides, that doubles as a small bath for Arsène. 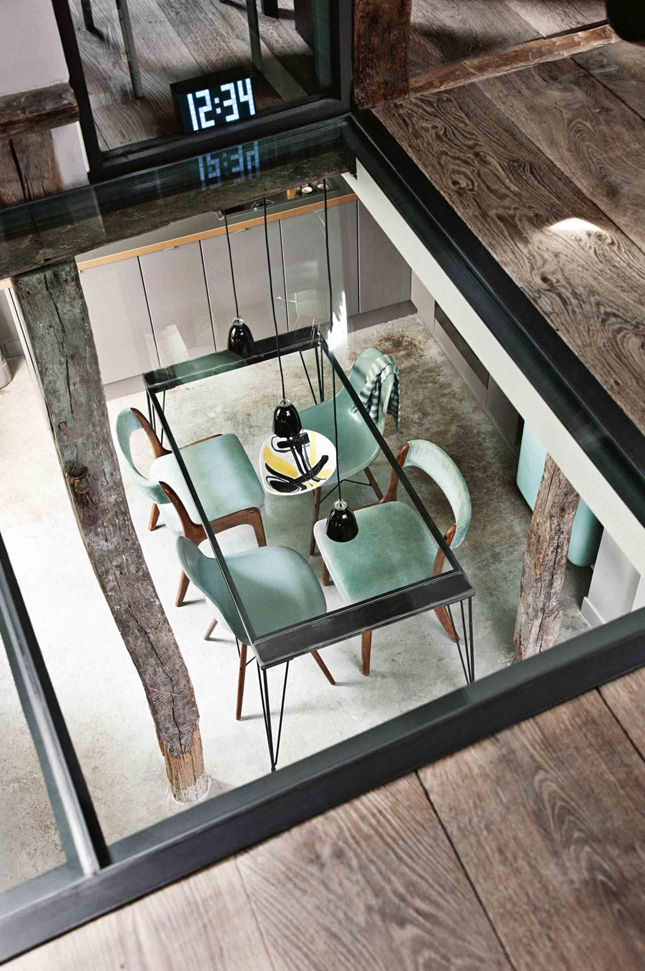 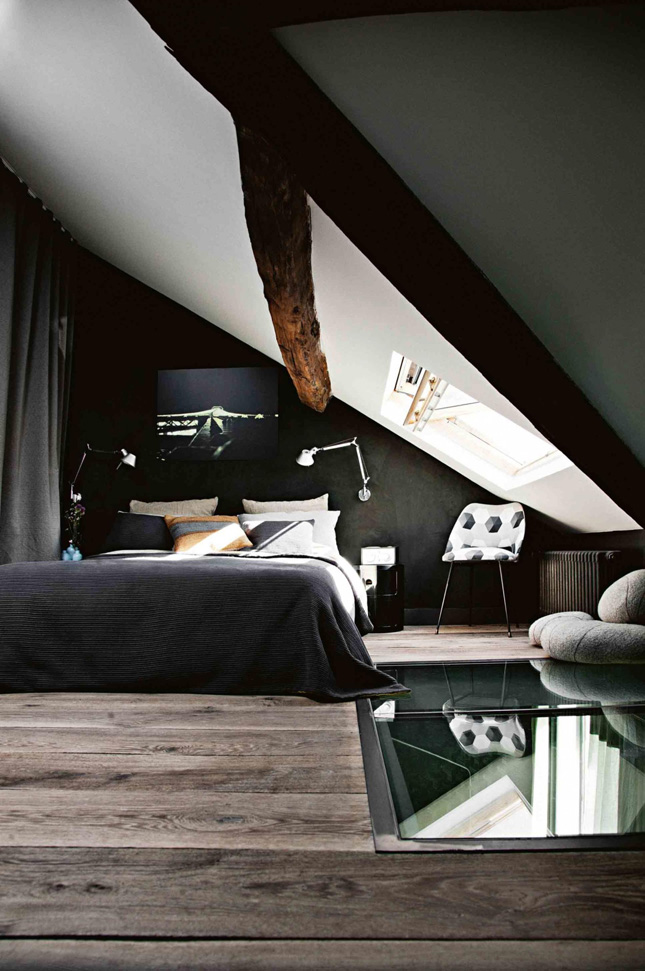 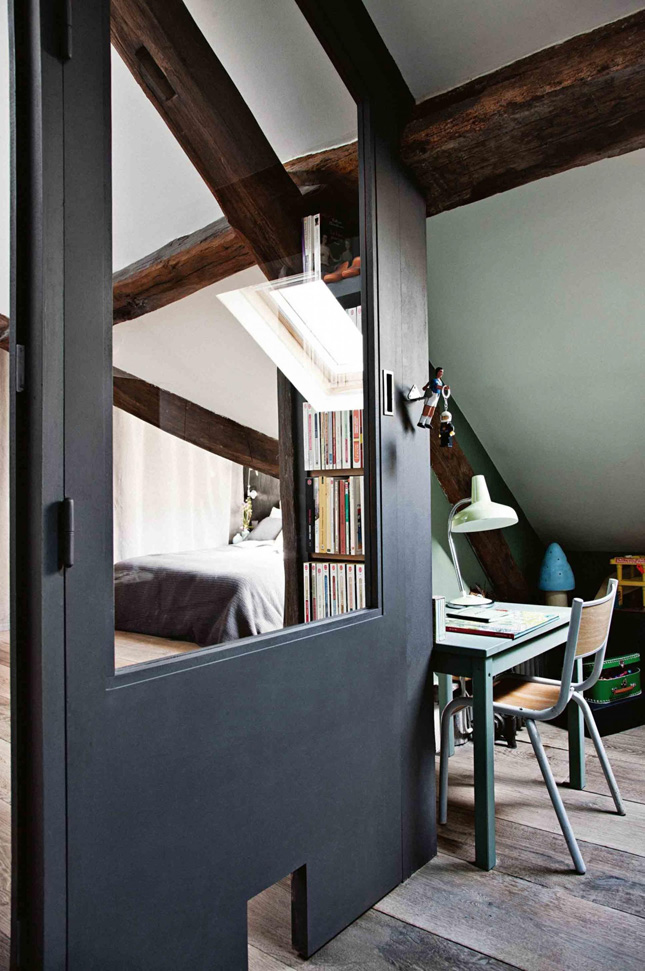 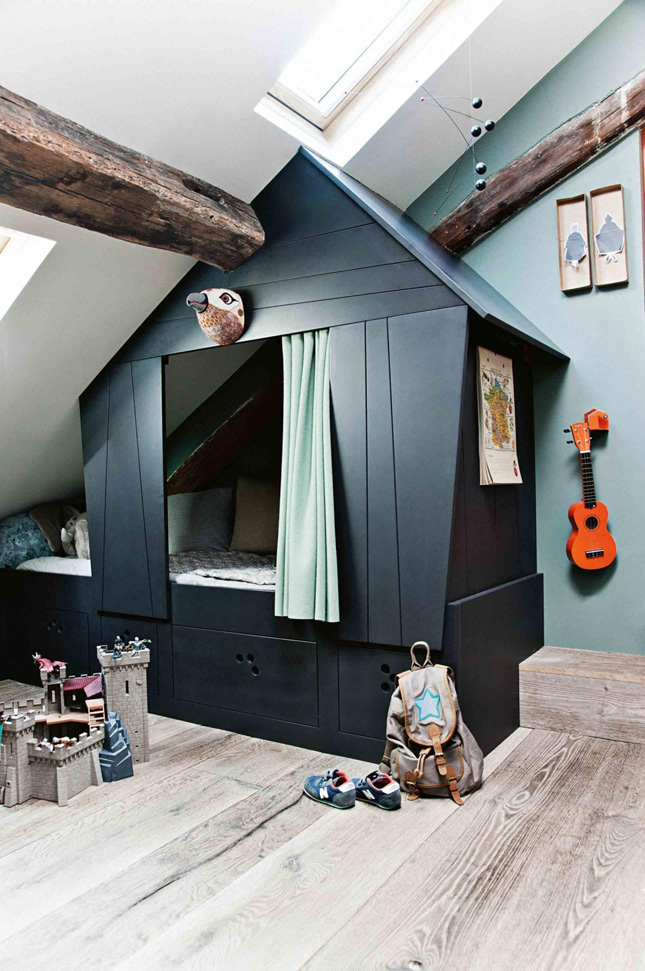 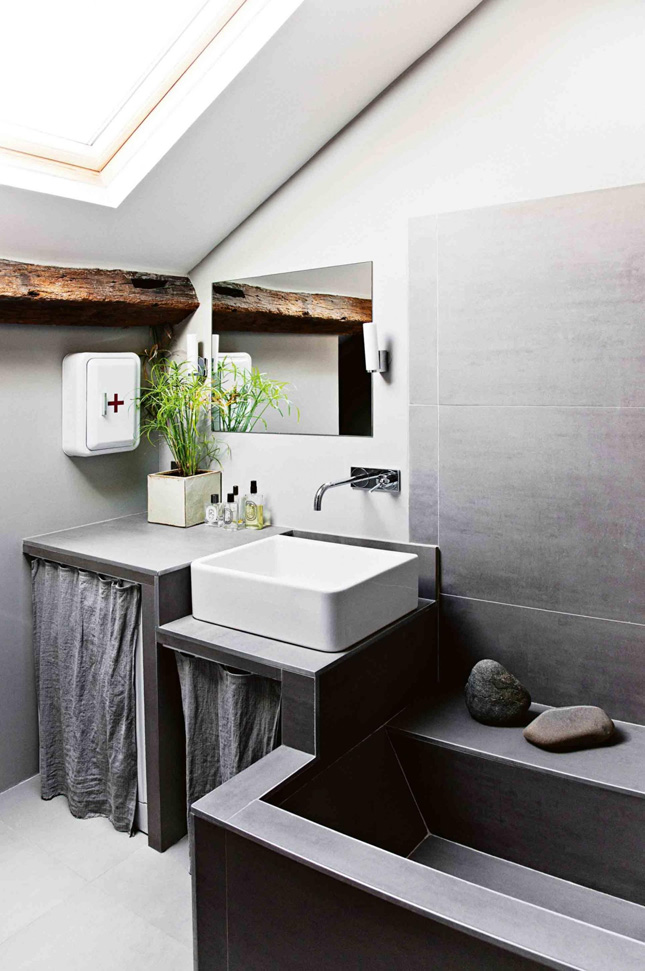 Isabelle designed the stairs they put in, making them in iron and Belgian oak. A dramatic dark colour scheme is currently countered by natural light and shapely furniture in the apartment. It's an open space, but the couple have tried to cleverly use colour to zone out different areas, but still keep the space feeling as one. A skylight between the two floors lets light through the apartment, and offers a view straight down to the dining room.

While the family are currently happy with their nest-like space, they aren't ruling out trying to expand into the neighbouring flat if it becomes available. However, until then, the cleverly re-worked space suits them just fine.