Stephanie and Graham O'Sullivan weren't necessarily looking for what they found in their Dublin city self build, but it was meant to be

When you're an interior designer and your husband is an architect, you've pretty much got the perfect team to tackle a self build project that perhaps might come with a few complications.

The pair had just sold their home in London and were looking at houses for their family, including daughters Sally (7) and Sofie (3), alongside Gladys the cat and Goldie the goldfish. "It was in November 2014, and it wasn’t what we planned but we saw an opportunity.

"We had been looking at houses and found a commercial unit which we had enough to pay for in cash as we had just sold our house in London," explains Stephanie. 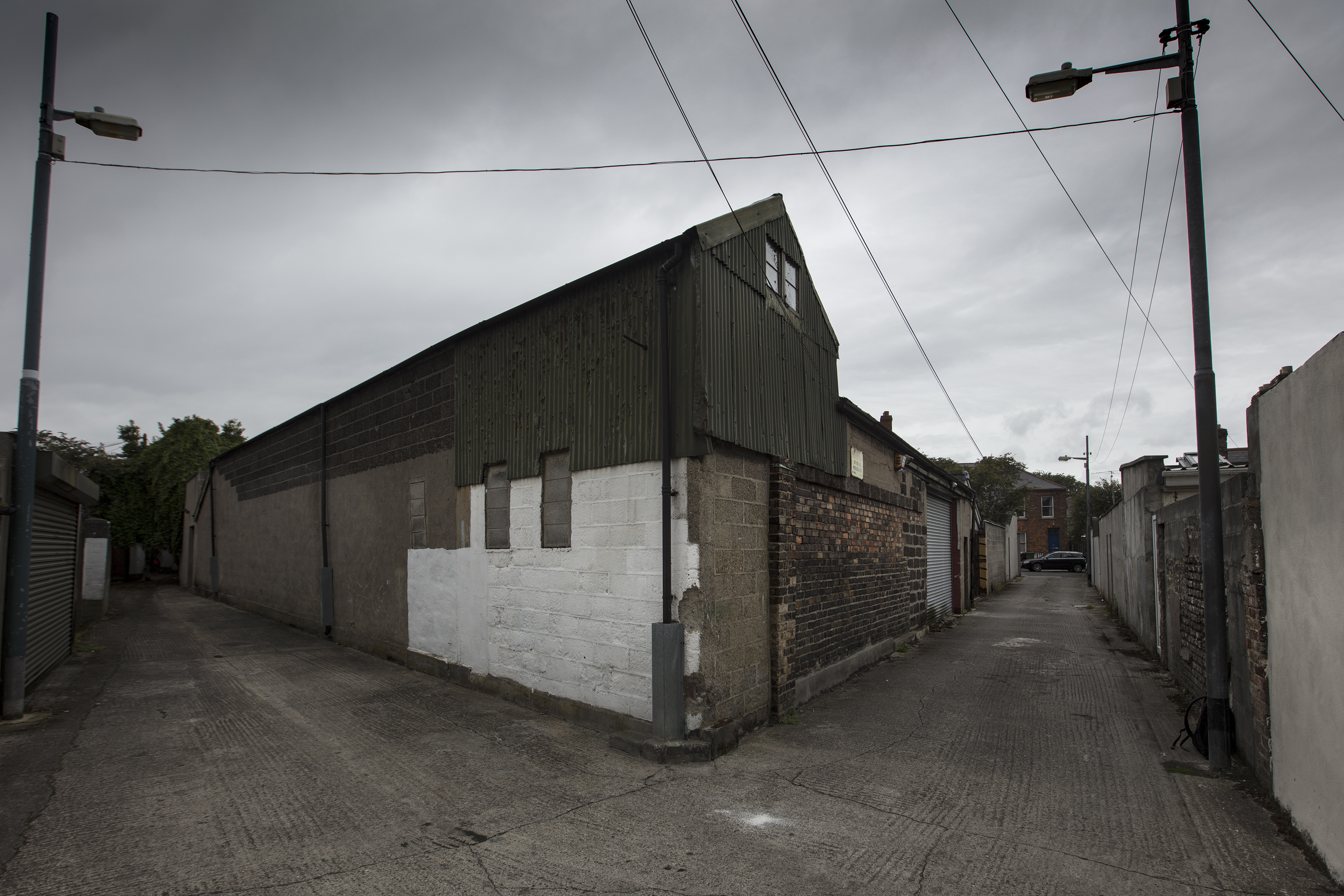 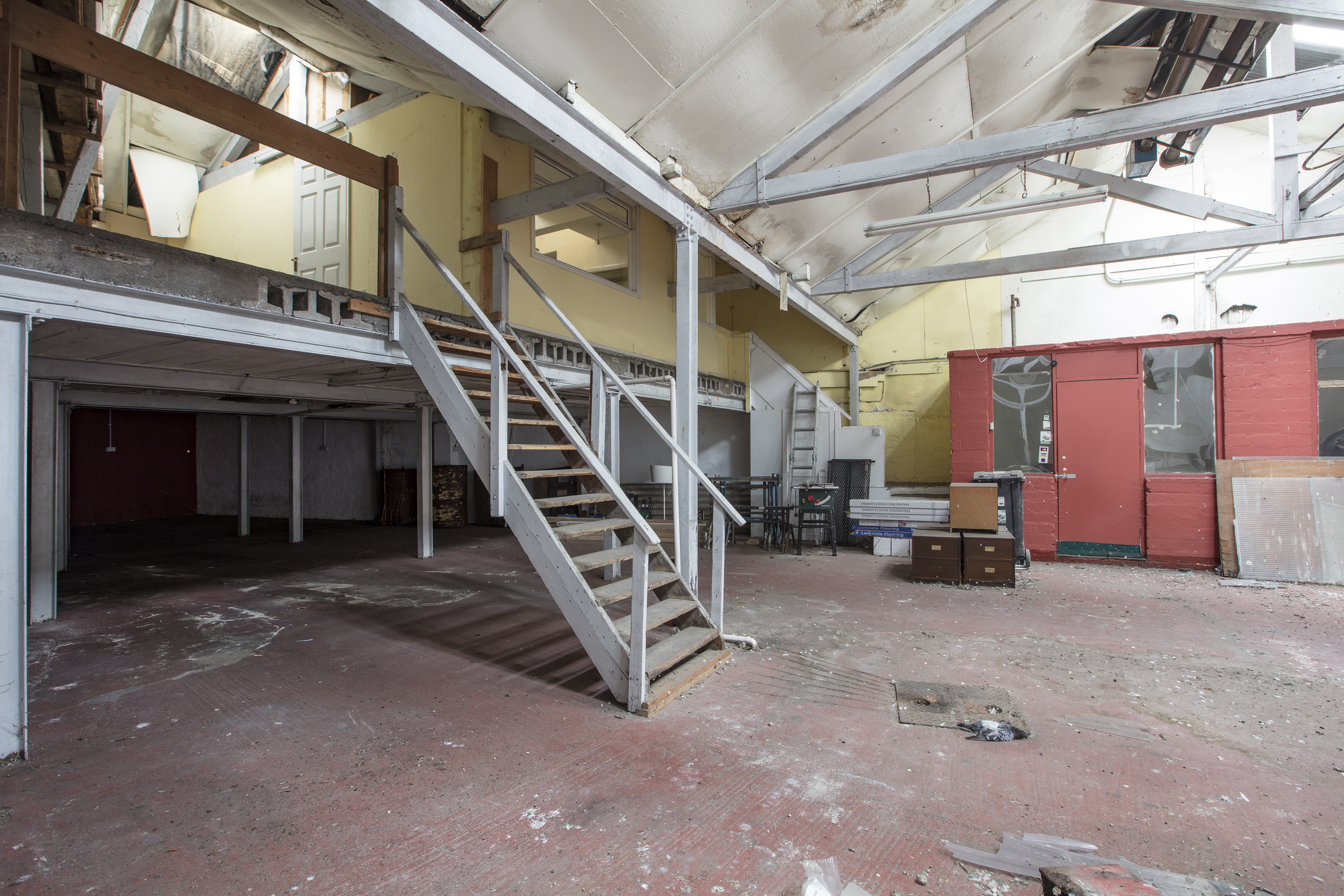 Originally a leather goods warehouse, when Stephanie and Graham bought the site, it was a derelict building hidden behind rows of houses.

"Unfortunately there was nothing we could do with it apart from knock it but there will be some retained surprises," she says.

They have decided to pay homage to the site's original purpose by keeping the style of the home quite industrial. "The materiality is as similar as possible to what was there. We are also very inspired by brutalist and mid century architecture." 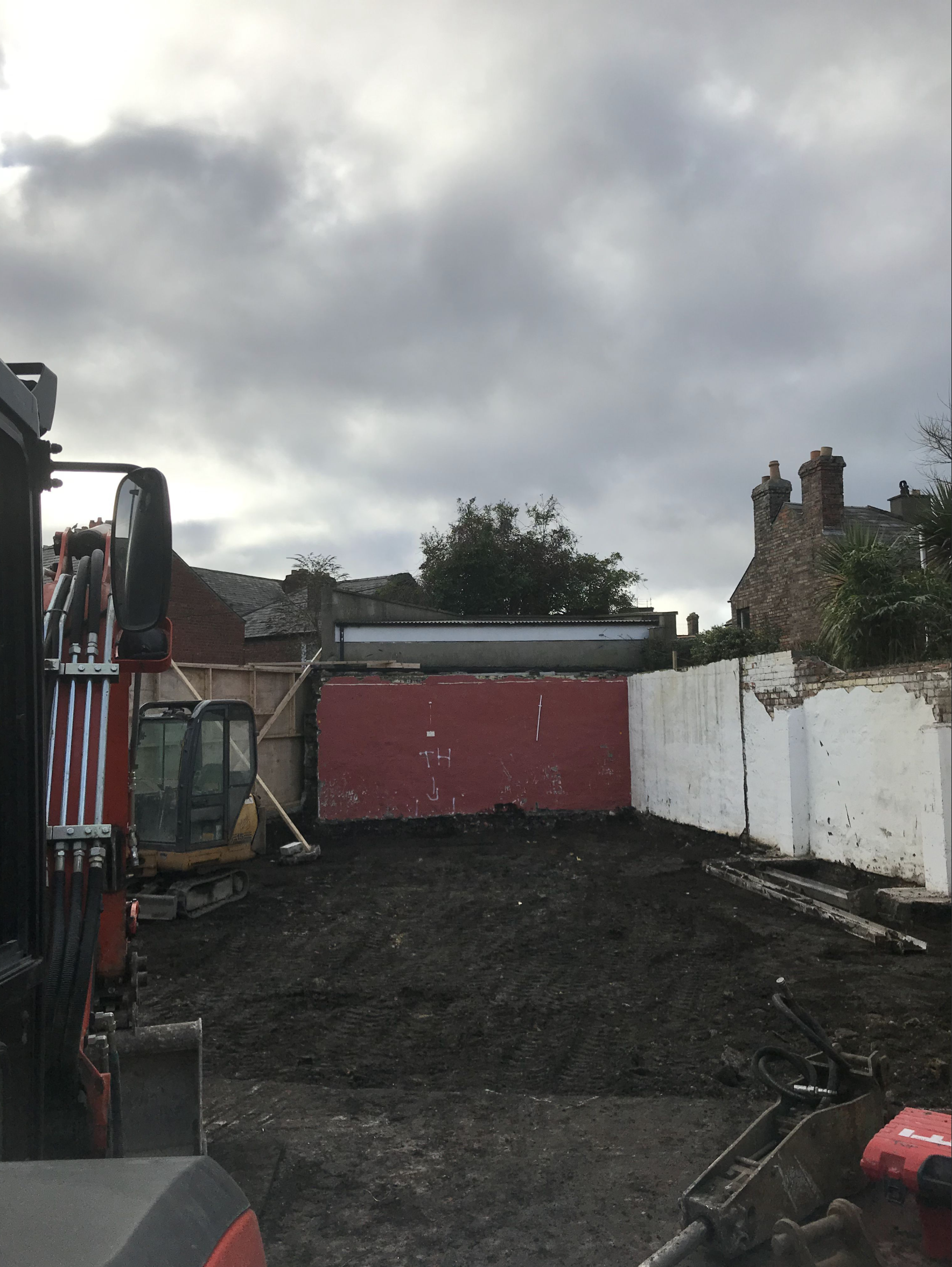 The majority of the work the two do is focussed on big commercial buildings, so their own self build home was a welcome challenge. "This house is most definitely driven by what we have seen on our travels and what we love but also we responded to the site and its constraints – we had to work with what the location and site context was telling us.

"The interior layout was worked in conjunction with the building – we wanted it to be sensibly arranged and clever, we did everything for a reason and the spaces are practically arranged," says Stephanie.

The benefit to both working in the industry was that the couple had ready-made contacts to get the property surveyed and demolished and ready for the building to start, and it goes without saying that they had a huge advantage in being able to design the home themselves without paying architect fees.

"We did hire a technician to help us produce the detailed drawings for construction as we were both too busy to do them. We understand the process, the timelines and what to expect so we never experienced any major surprises or challenges," she says. 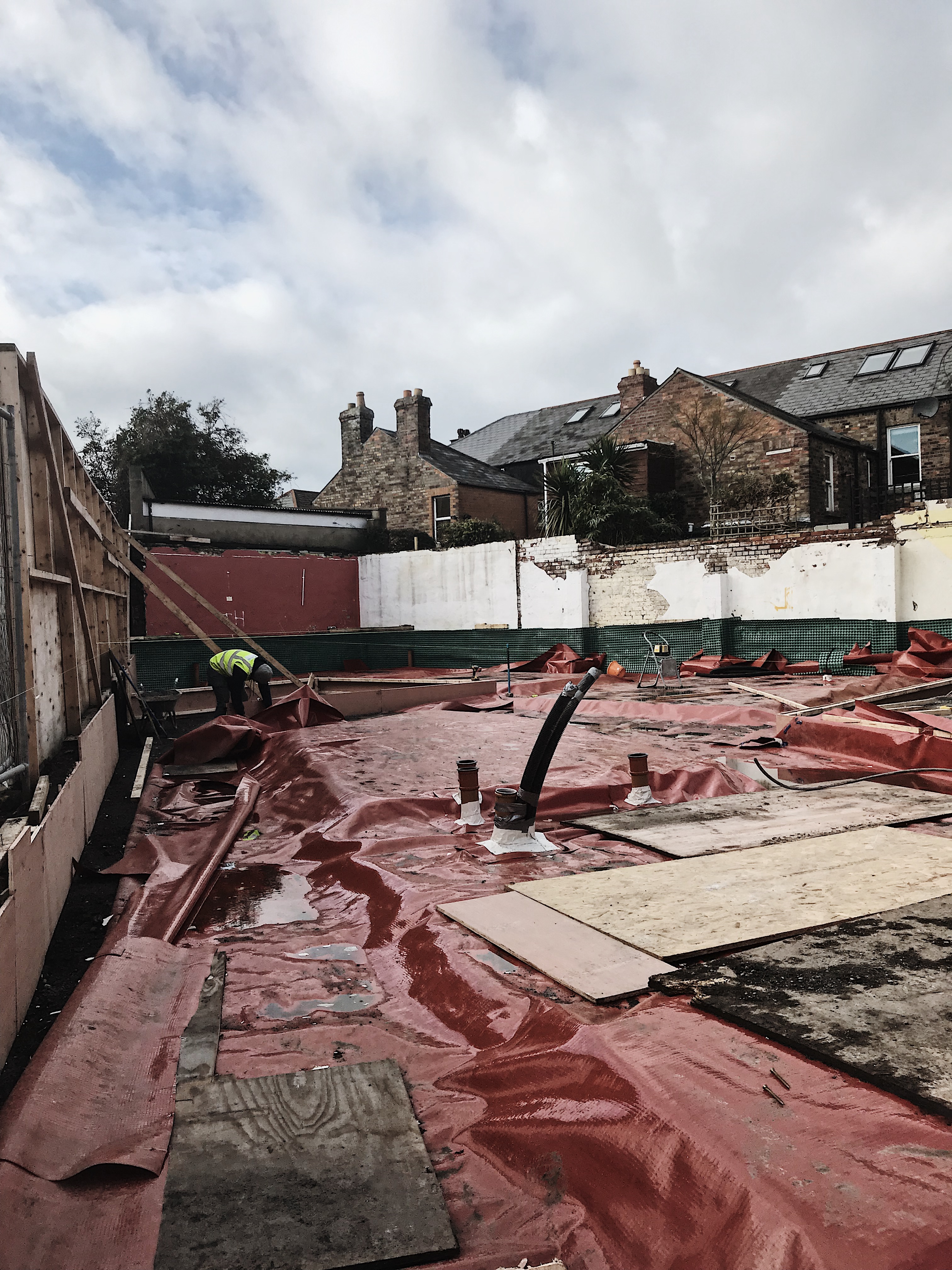 The planning permission process for this ex-commercial site was relatively straightforward. "Our first application came back with a request to make it slightly smaller – they didn’t say by how much but because we wanted to get through planning quickly to start construction we removed a bedroom upstairs and reduced the height, went back in to planning and got permission to build.

"Just before we started construction, we applied for planning permission again for an extension to put the bedroom back in and got full permission." Sounds like a win to us!

Where they did run into some difficulty however was finding a builder. "majority were a little slow to take on a build design and owned by the architect," she laughs. "We were familiar with the contractor we decided to work with – they were working on one of our commercial projects and the timing just suited them."

"We had approached a number of builders but it isn’t a typical standard house build and didn’t suit many. We always felt it would be best suited to a small commercial builder with residential experience which is exactly what we ended up with thankfully." 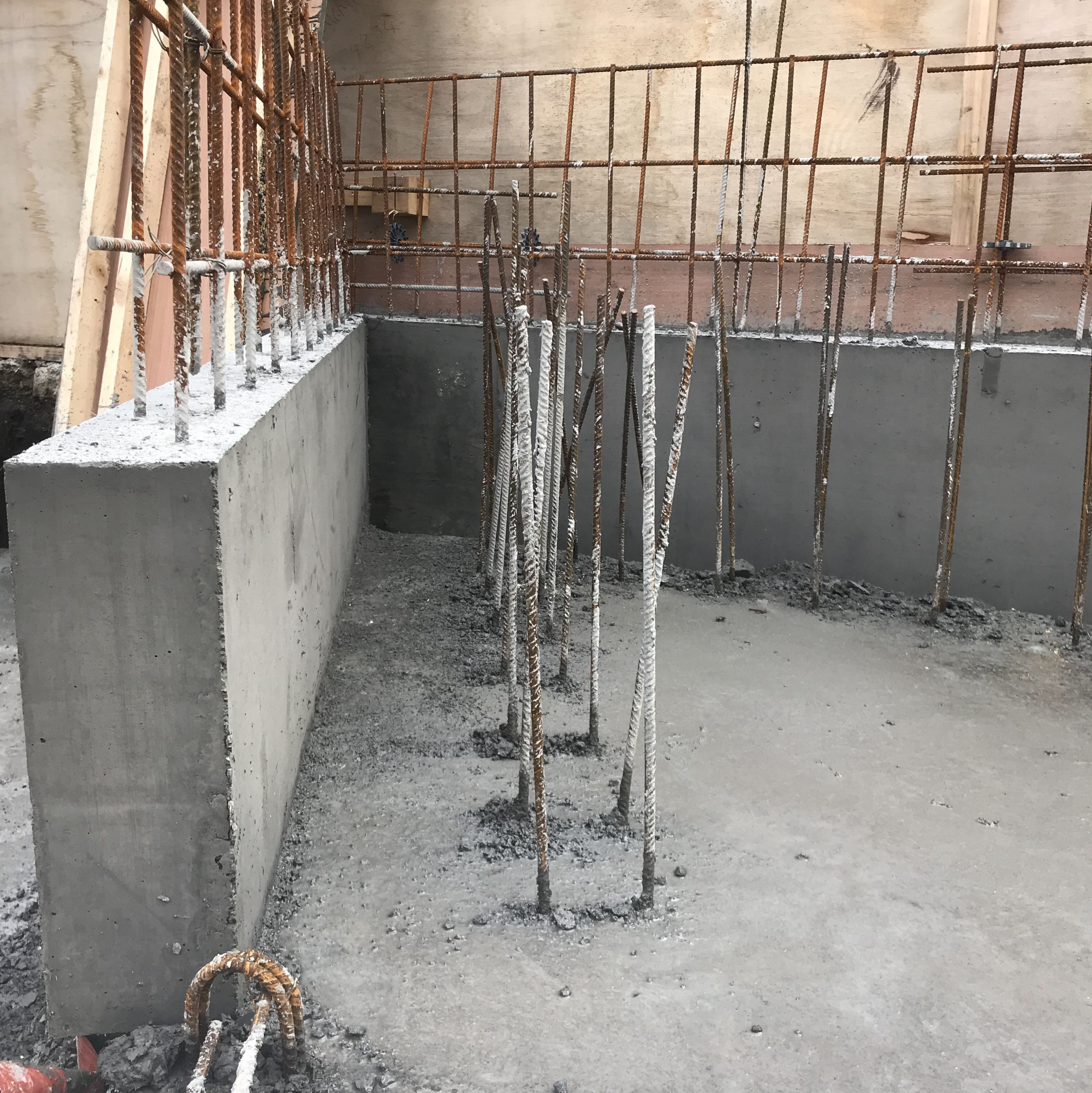 They broke ground on Coal Lane House - named after the fact the laneway its on was used to deliver coal -  on January 21st 2019, and it was contracted as a 36 week build. They are currently on week 30, but it's looking now like it will be extended to a 42 week build.

"We are pouring a lot of concrete and the site is challenging to get to so it has taken a little longer than anticipated. We have now completed the main concrete works and about to start the first floor spaces which are timber structure meaning it will go up in only a few weeks.

"Then the windows will be put in place and internal works will start. The joinery is due to be installed at the end of October," lists Stephanie. 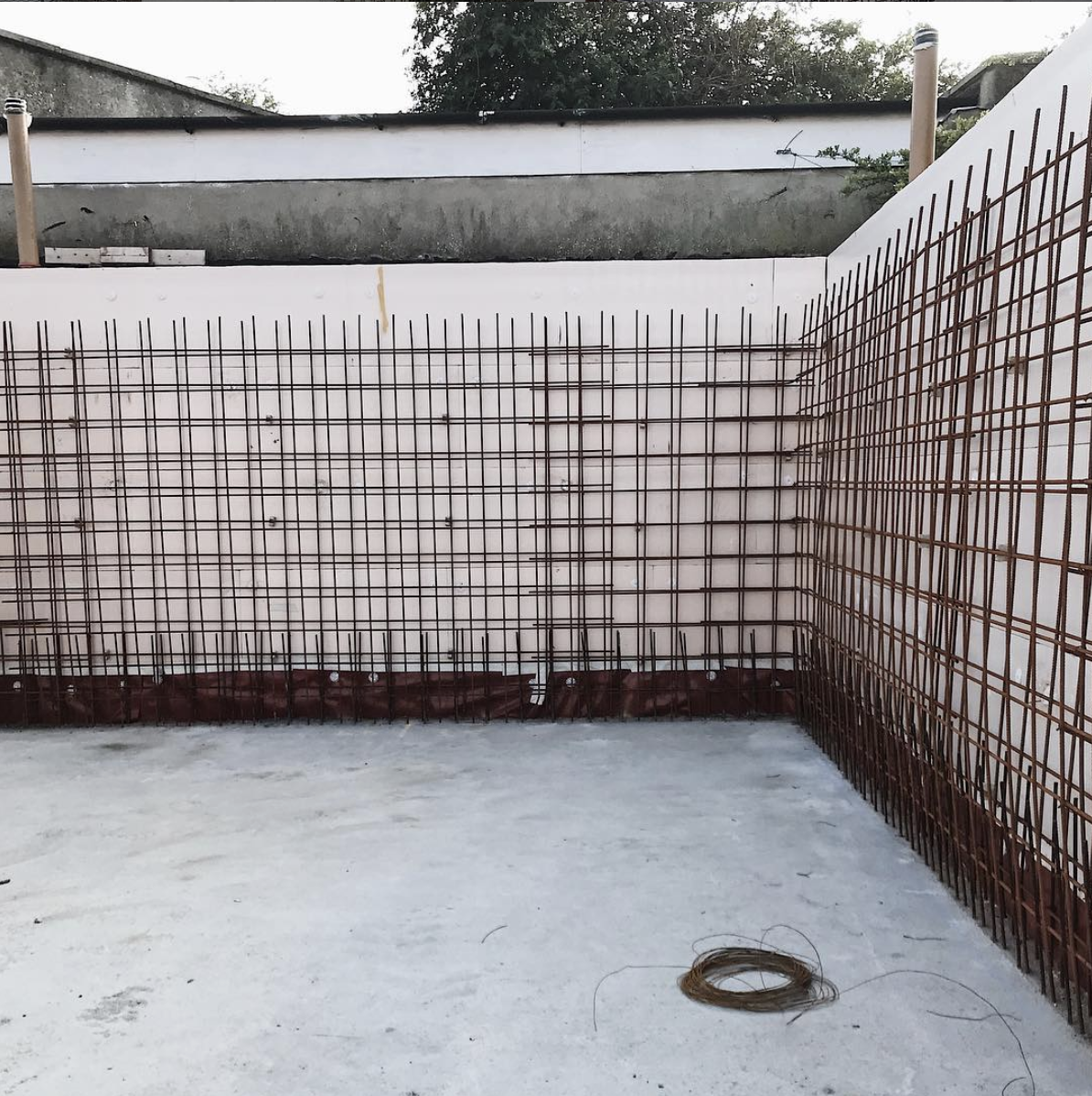 In the finished home, they will have an open plan living area taking in the entryway, kitchen and living room area, with the main bedroom and a shower room downstairs also.

Upstairs, there will be three bedrooms, a bathroom, and a laundry room, with an enclosed outdoor space for hanging laundry, to avoid bringing it through the house.

The whole house is built around a central external courtyard - "That's our favourite design feature of the house," says Stephanie.

What the family saved on design fees, they have invested in some key features of the house. "We splurged on large format glass and sliding doors, and terrazzo countertops in the kitchen," she says. 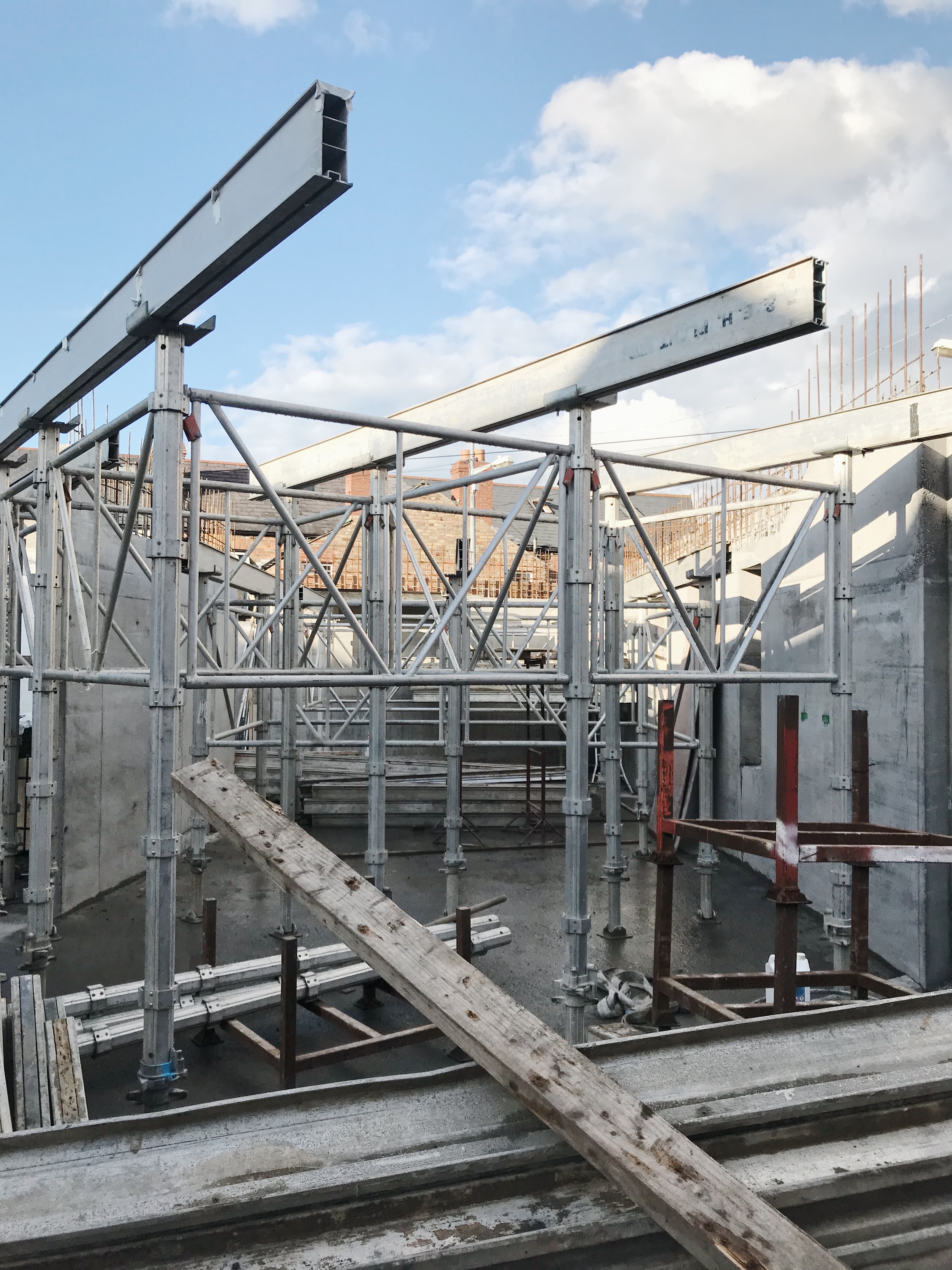 They have been pleasantly surprised by how straightforward their self build home has been so far, going as far as to say the process has been very enjoyable.

"This is definitely due to the fact that we had so much detail decided, specified and drawn before the build started even down to the detail of the kitchen units and fittings and lighting.

"There is very little we hadn’t already decided on and because we understand a build process we know what to look out for and what to order in time. All the sanitaryware and long lead items were ordered well in advance." 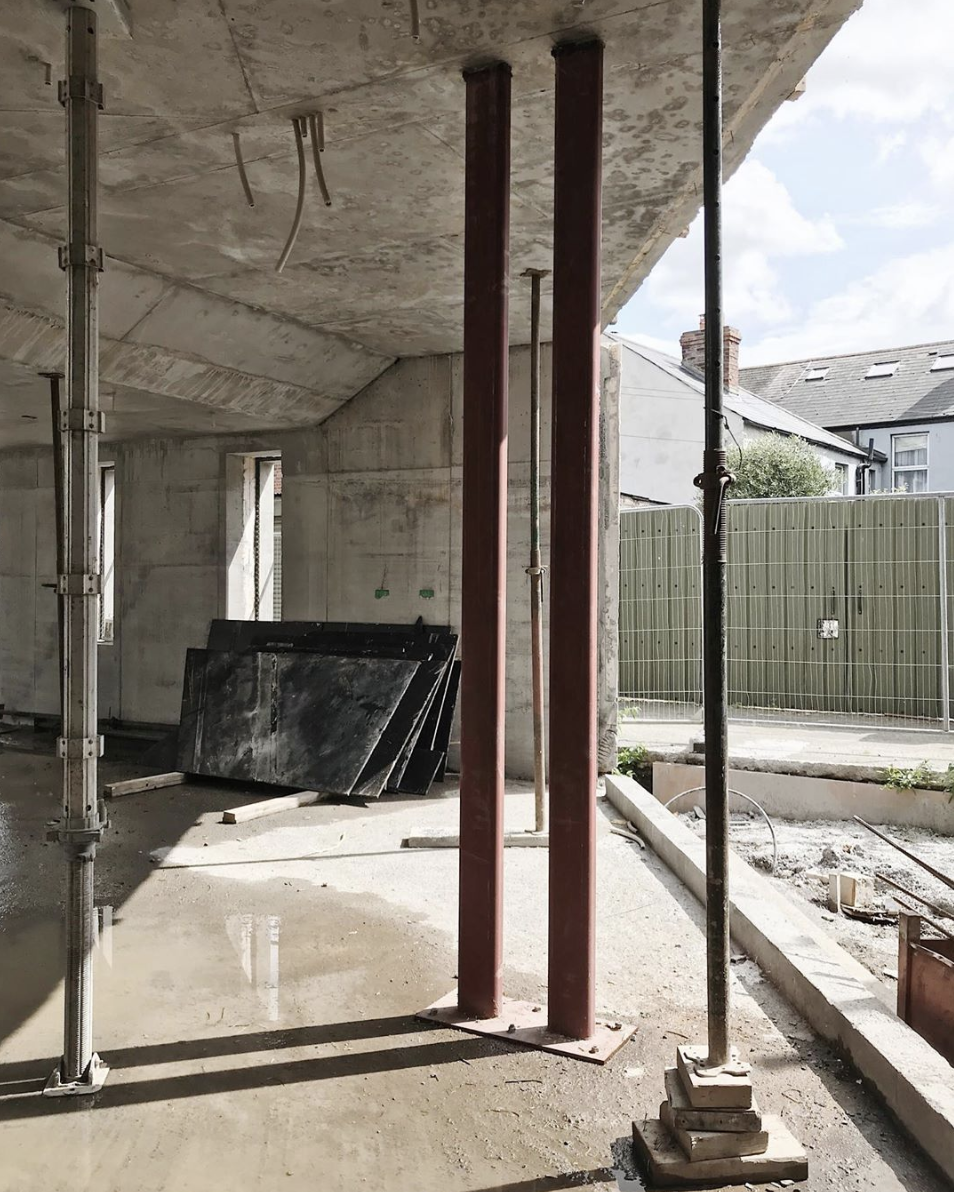 The family plans to be well and truly moved in in time for Christmas, so their next big plans for Coal Lane House is how to dress it for the festivities.

"We're looking forward to Christmas. We will be in the house just in time for the festive season and already know where we are putting the tree but also planning on the decorations we want to make for all the different spaces," says Stephanie.

Bathroom: Pmacs for the micro topping