Last week we took a look at the season debut of Home of the Year on both our website and the House and Home Instagram and judging by the reaction it got, we figured you guys would like to read another episode recap! So last night we followed judges Hugh Wallace , Suzie McAdam and Amanda Bone as they toured three more Irish homes.

First up, the judges took a trip to Co. Cork where they toured the newly-renovated farmhouse belonging to interior designer, Rachel Hobbs, her husband Richard and their three children. The spacious home has recently been partially-covered in a black fiber-cement cladding, adding a contemporary twist to the 200 year old farmhouse.

Rachel and Richard explain that they wanted a stark difference, not an imitation of the original build. Their efforts were understood by the judges. Though Amanda wasn't keen on the materials used, she voiced an appreciation for the “minimal intervention and a clear distinction between the new and the old.”

Inside, the house reveals itself to be a fun-filled family home, with an orientation that maximizes natural light. Playful and unexpected features such as a floor net, floating bunkbed and climbing wall wow the judges. The floor net, in particular, impresses the curious panel. Sporting his finest orange socks, Hugh tries it out for himself. 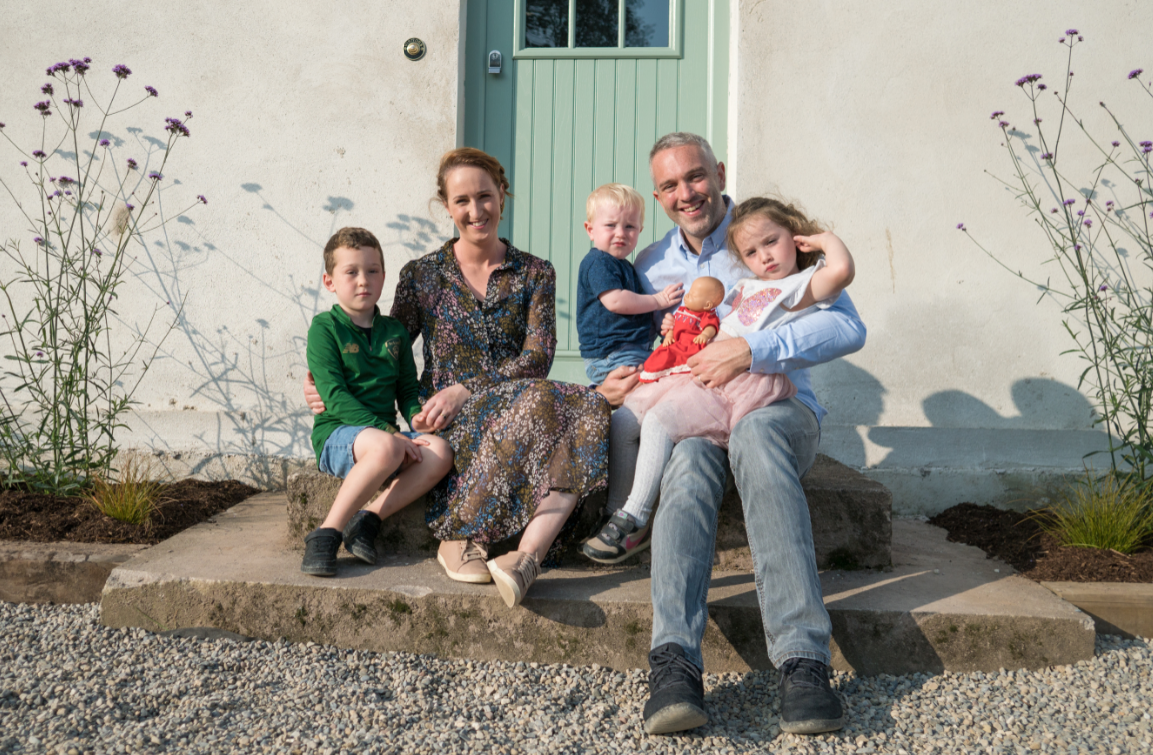 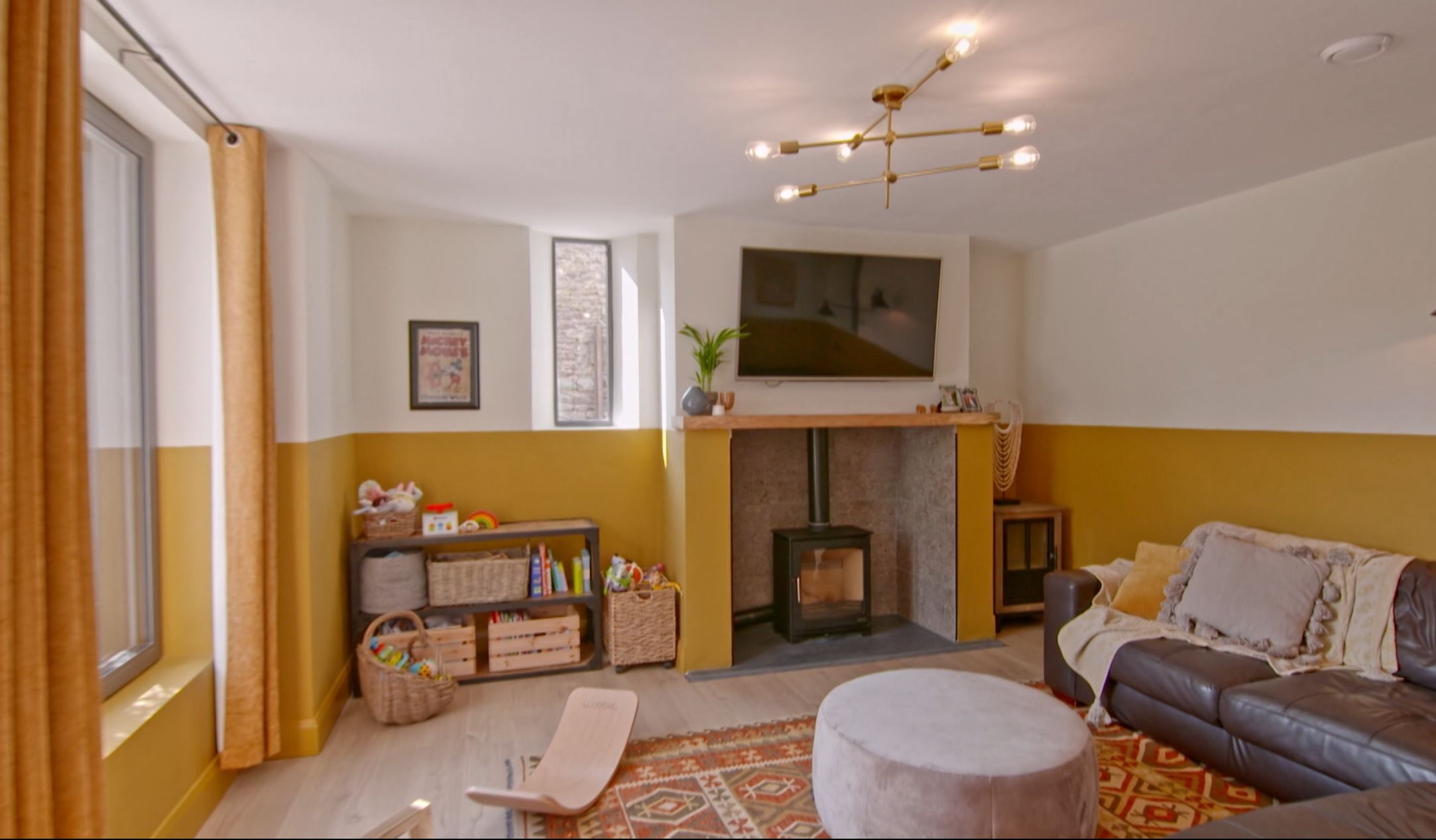 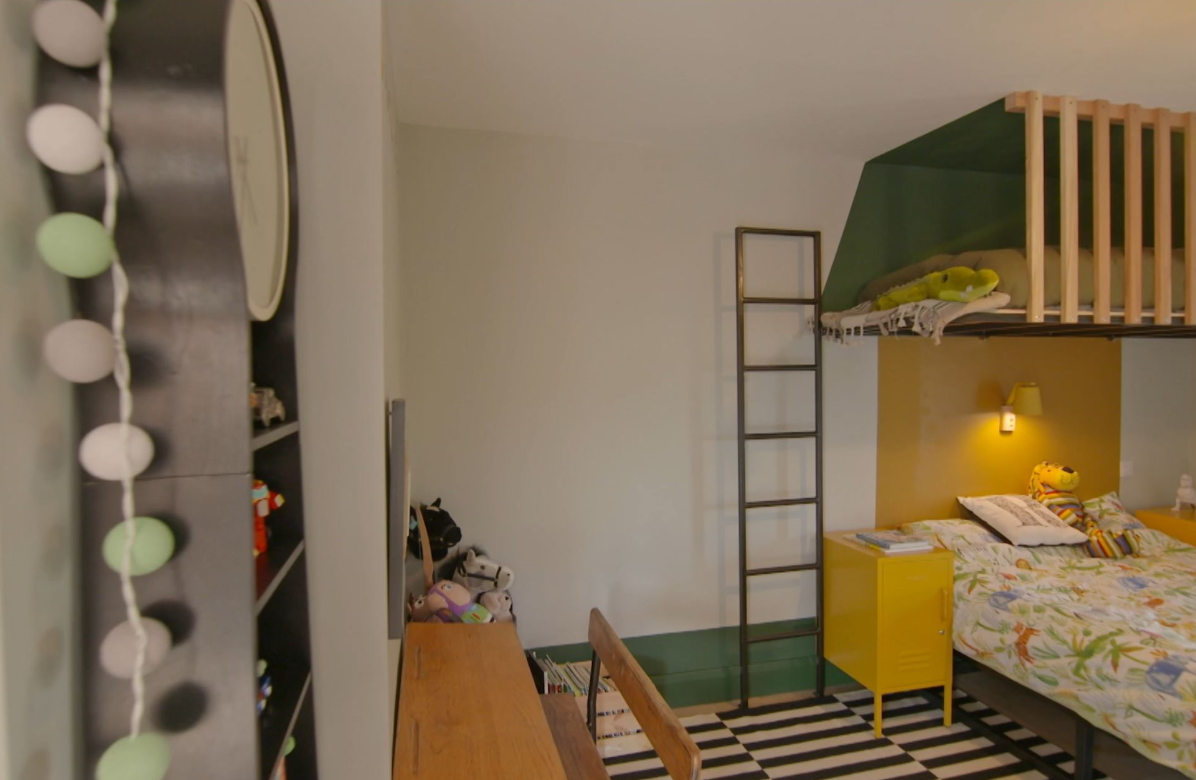 As the judges say themselves, Jennifer Sheahan's Dublin cottage is proof that good things come in small packages. This late 1800s terrace cottage was given an extensive revamp since being bought by Jennifer in 2019. After completing major renovation work, clever yet stylish interior features were built in to add function to the small space.

Space-saving elements such as pocket doors, storage benches and even a garden table that folds away like a Murphy bed create what judge Suzie calls a “petite but perfectly formed space”.

Luxurious materials like a marble bowl sink, teal velvet headboard and brass hardware create an elegant sophistication in this home. Unusual tiles and a disco ball add an element of humour without compromising on style. 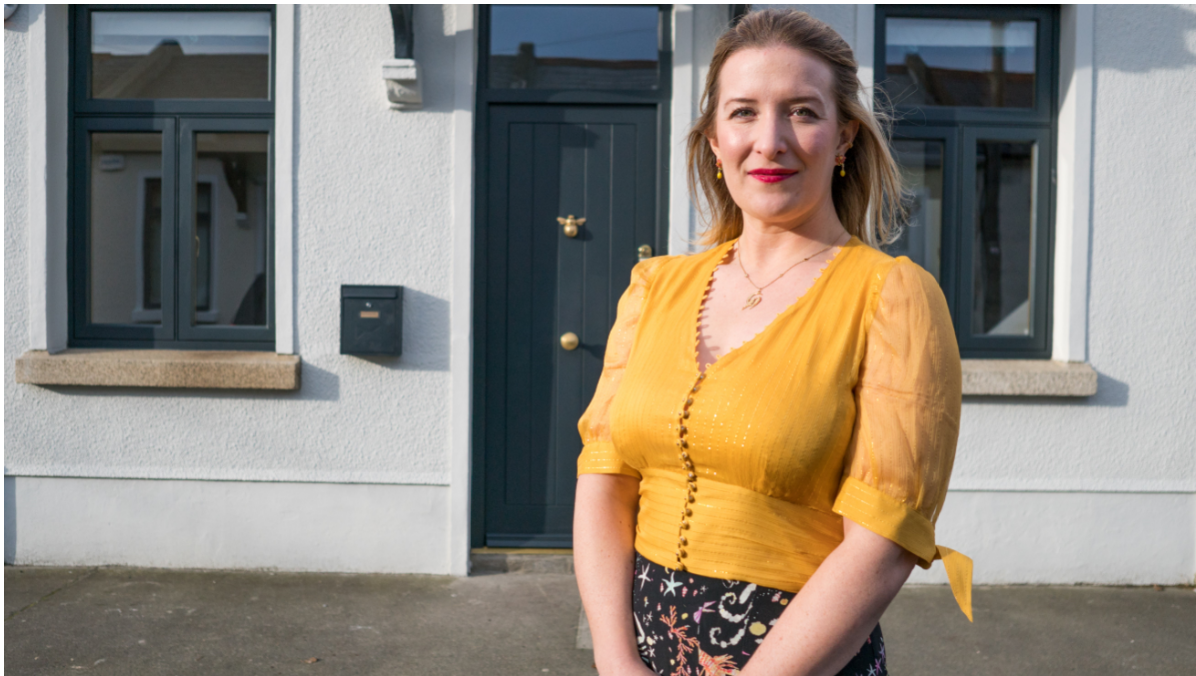 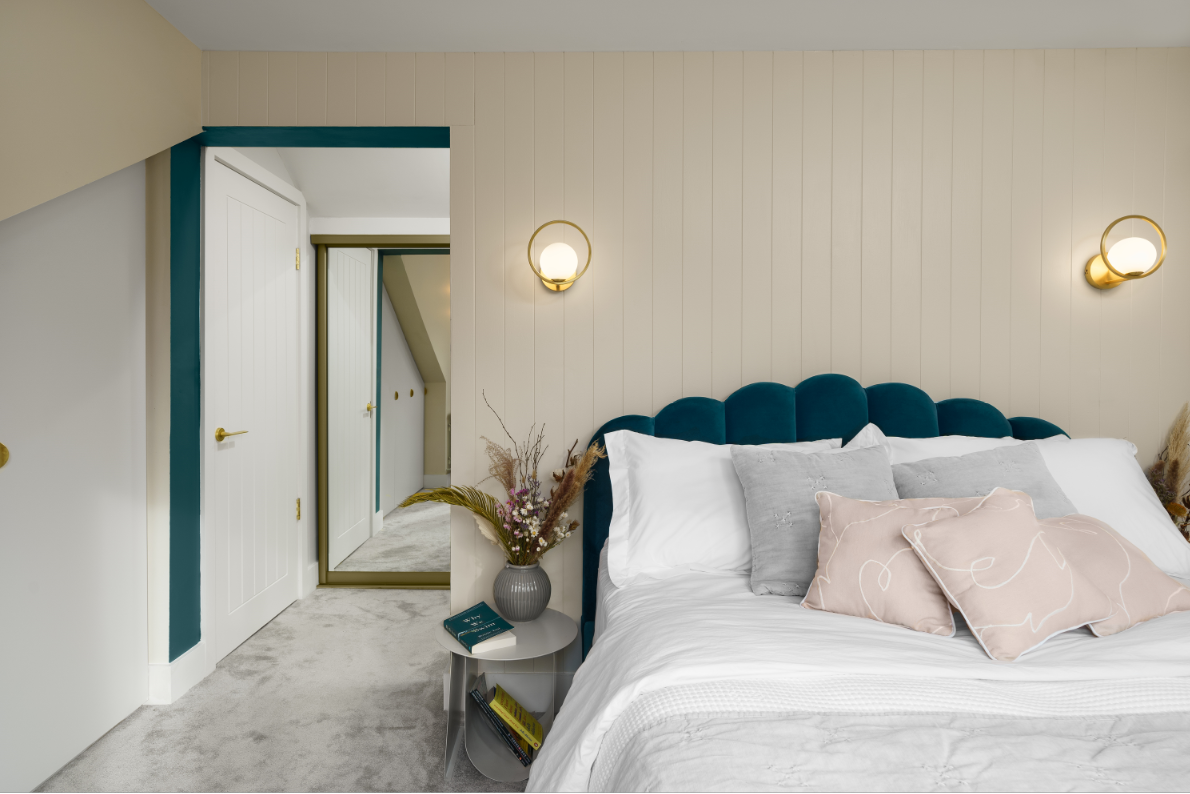 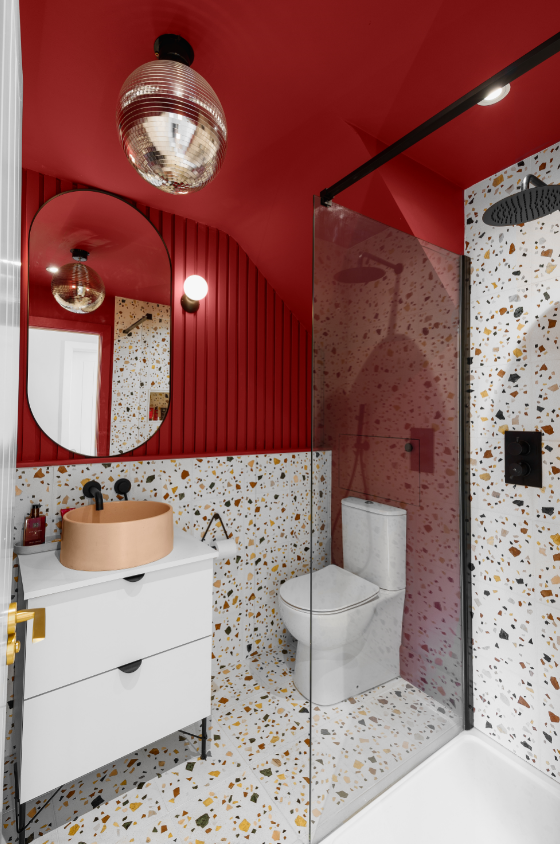 Finally, we follow the judges as they head to Co. Down to see Richard Brown and Lara Salmon-Brown's self-build. The 2016 build was designed to replicate the traditional feel of farmhouses, with an adjoining extension curved to mimic a barn.

Although traditional in style, the 'barn' area is now used as a cinema room, in which the acoustics are improved by the roof curving. Downstairs, a sleek, modern kitchen combined with an Aga range and view of cattle creates a feeling of modern country living. The monotone, minimal open space, according to the judges, however, is missing colour and texture.

Judge Hugh was impressed by the concrete floor, simple colour palette and use of heirlooms, and believe they merge to create a home that is calm and comfortable. 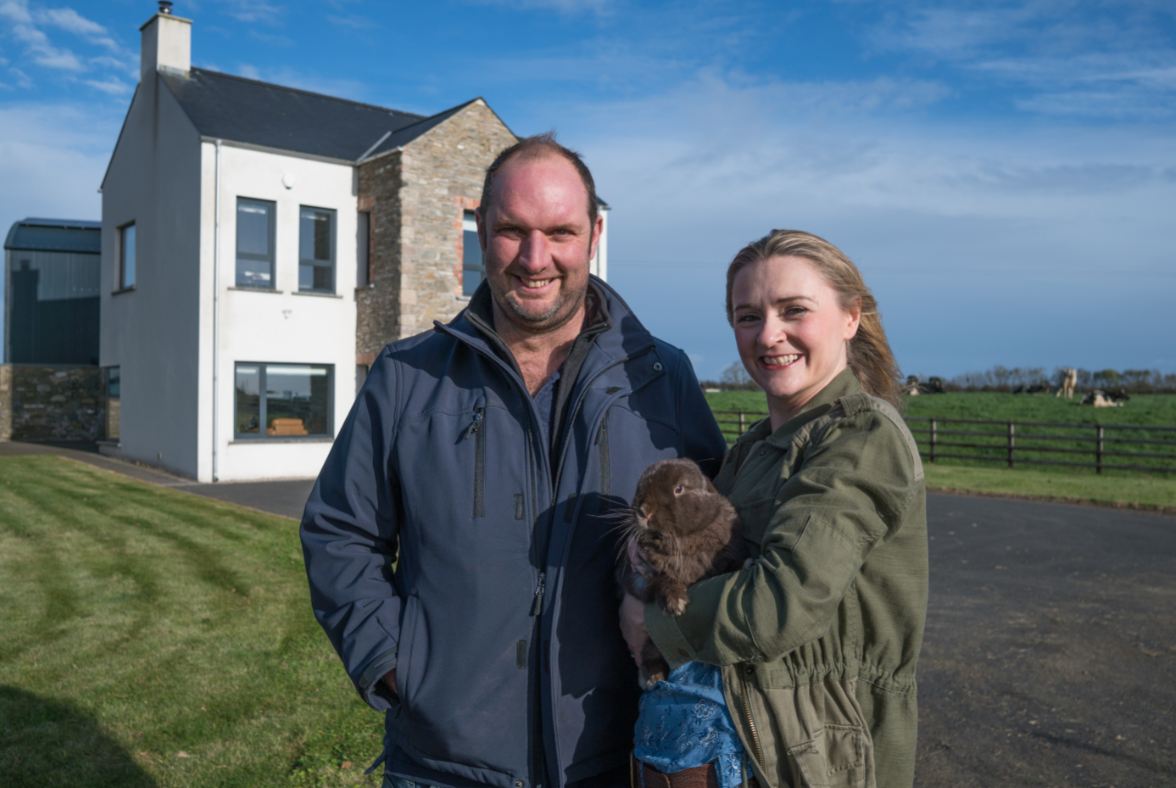 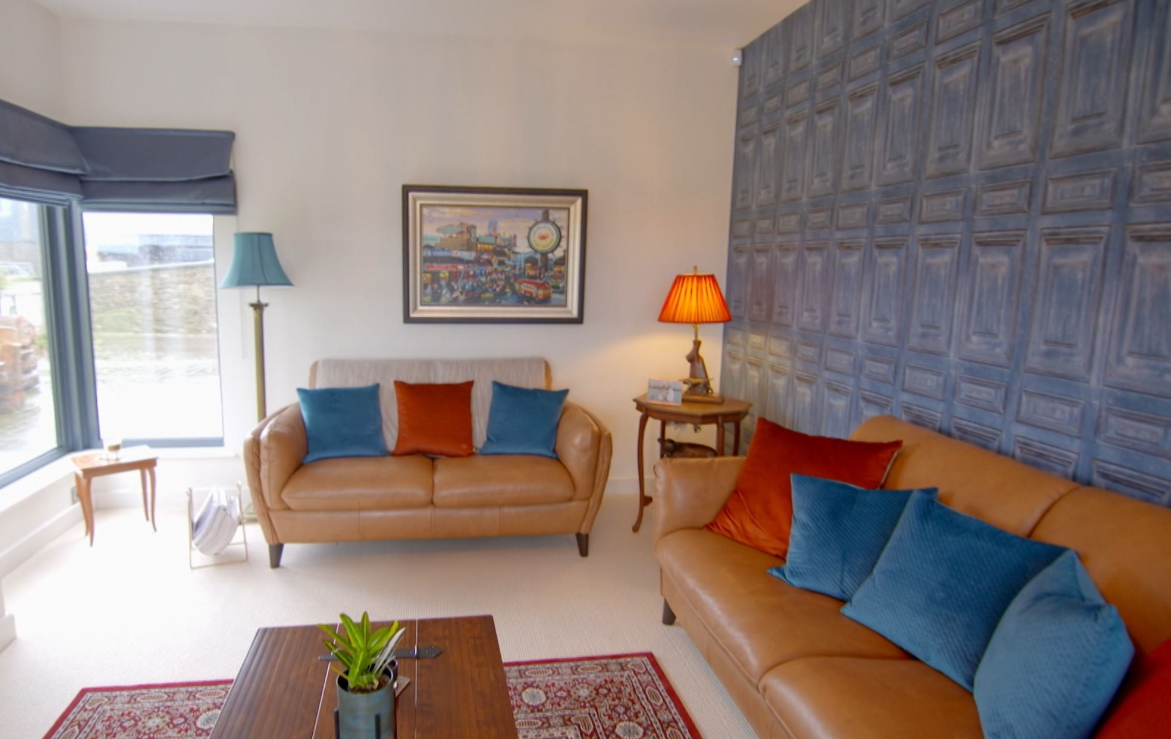 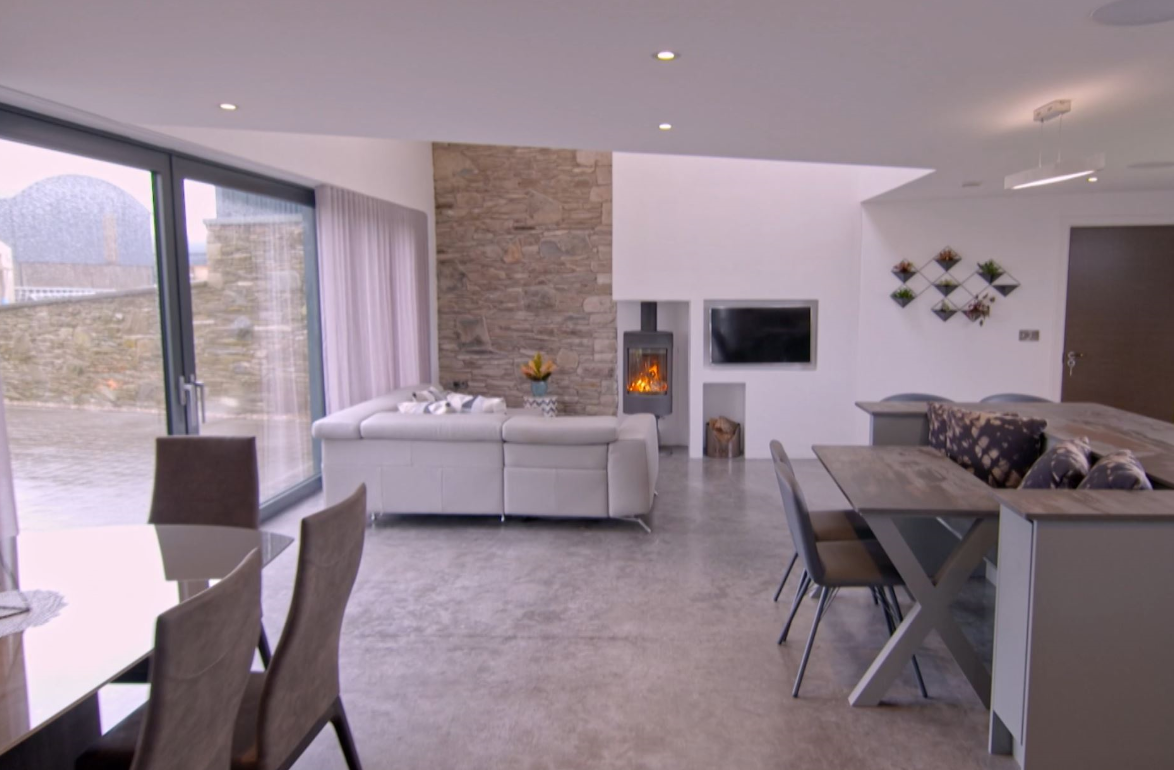 Catch Home of the Year Tuesdays at 8.30pm on RTÉ One.